Band , Tribute
The artist is residing in Utrecht 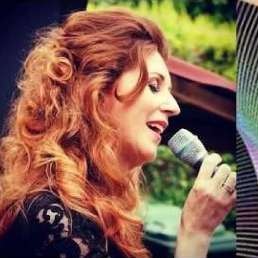 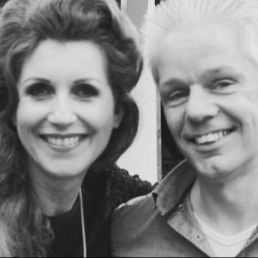 We need a covered space of at least 1.5

Duo Sounds Like B4 plays beautiful songs from the past. In our set of songs by The Carpenters the combination of Betty's voice with John's music comes awfully close to the original sound. Besides that we also play great songs by a.o. Alan Parsons, Margriet Eshuys and Janis Ian.

We choose songs that have a nice musical content and that you don't hear very often. But everyone knows them. How about 100 years of Joey Dyser? It's been a big hit, but which band still plays it? Us, including the beautiful accompaniment. And Old and wise by Alan Parsons. Again, the accompaniment sounds almost the same as the original. Keyboardist John makes sure that the music is down to the last detail. So we also have about 60 minutes of songs from The Carpenters in our repertoire. Who doesn't know them: Close to you, Top of the world, Masquerade, Rainy days and Mondays and Yesterday once more. All beautiful songs that are performed with a lot of feeling. All beautiful music that, as our name says: Sounds Like Before!

Carpenters
Top Of The World

The Alan Parsons Project
Old and Wise
Do you have a question or wish regarding the repertoire? Mention it in your request.

Hire or book Sounds Like B4 is best done here via Showbird.
This act is suitable for event types:
Wedding Birthday Celebration / Jubileum Student party Sports event Business party Fair / Congres Opening Horeca line-up Festival Shopping / Market Holiday / Local feast
You have 1-on-1 contact with the artist
or his/her personal manager.
Do you have a question about this act?
Pose it in your request for the artist.