Band , Jazz
The artist is residing in Deventer 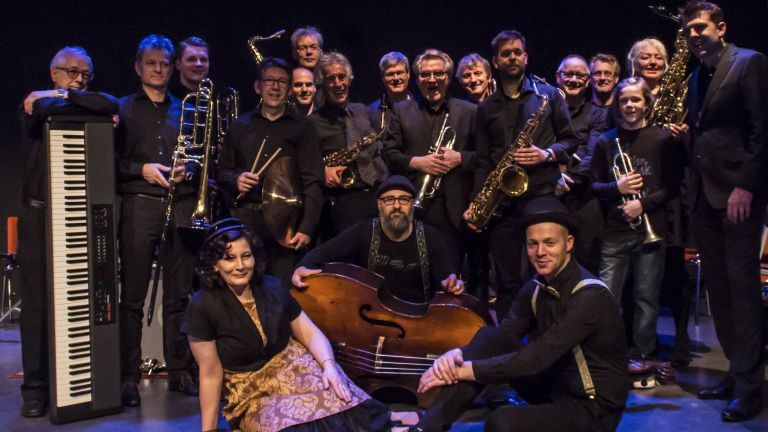 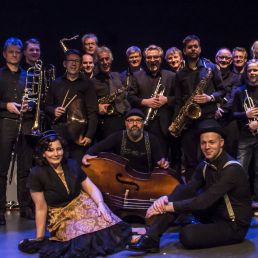 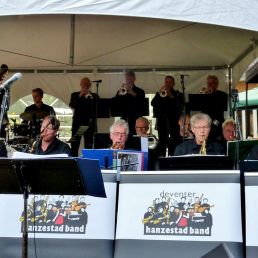 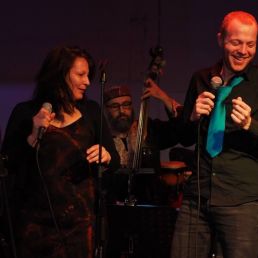 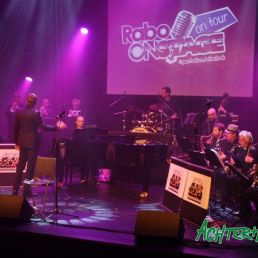 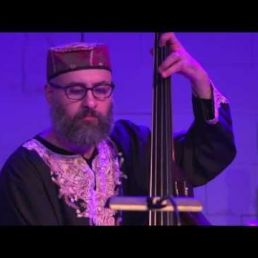 Hanzestadband is a real big band: around 20 men/woman strong with rhythm section, 3 horn sections (trumpet, trombone, sax) and a singer and singers. The band brings jazz music to a wide audience, influenced by pop, Latin and blues repertoire. Musical leadership: trumpet player Arjan Stam. There can and may be danced.

Hire or book Big band jazz, pop Latin is best done here via Showbird.
This act is suitable for event types:
Wedding Birthday Celebration / Jubileum Student party Sports event Funeral Business party Reception Fair / Congres Opening Horeca line-up Festival Shopping / Market Holiday / Local feast
You have 1-on-1 contact with the artist
or his/her personal manager.
Do you have a question about this act?
Pose it in your request for the artist.

The artist is residing in Deventer