Singing group , Classical
The artist is residing in Almere 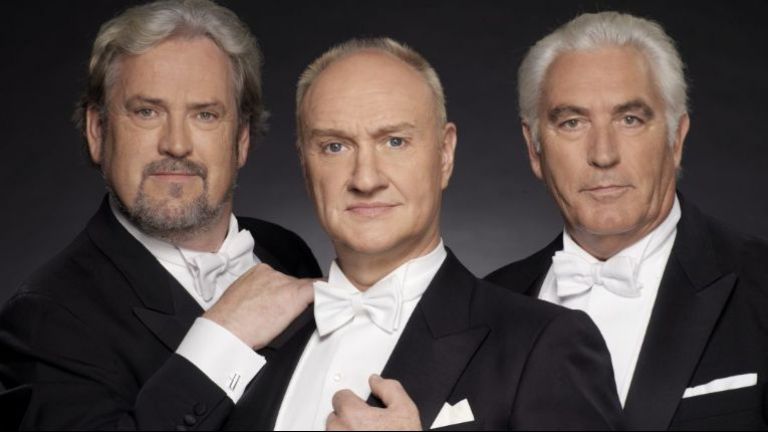 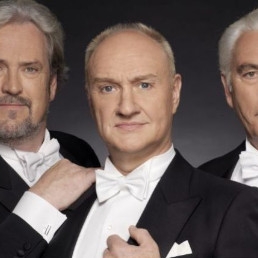 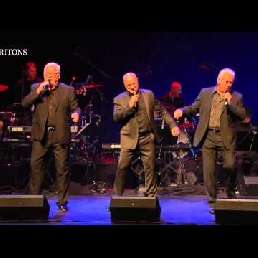 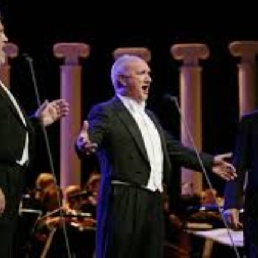 The 3 baritones with their beautiful classic sound are ideal for any event! Because of their years of experience (together and separately) they are a guarantee for a breathtaking set. Book them now on ShowBird!

3Baritones consists of the unique combination of Holland's most popular classical singers: Ernst Daniel Smid, Henk Poort and Marco Bakker. Each can boast great popularity and craftsmanship when it comes to opera, operetta, concerts, musicals, and TV, theatre and film productions.

The success of 3Baritons started as a one-off performance during a TV-gala by Ivo Niehe. This was such an unheard of success that the phones didn't stop and as a result: a sold out Carré, an Amsterdam Concertgebouw filled to the brim, countless TV-registrations and millions of fans glued to the tube. All this also resulted in a mega sale of their first CD.
But the diaries of Mr Smid, Mr Poort and Mr Bakker were already so fully booked at the time that there could be no question of a long collaboration.

Years later, however, they decided to streamline the fun of the day, everyone's passion, in the form of a fantastic act. A couple of days a year 3Baritons therefore like to free up their diaries to give special performances during public festivals and private company events.

With great pleasure and respect for each other's craftsmanship, 3Baritons present stylish, classical - but also often festive - melodies for which the audience is only too happy to applaud.

3 Baritons
I Have Dreamed From The King And I
Do you have a question or wish regarding the repertoire? Mention it in your request.

Hire or book 3 Baritones is best done here via Showbird.
This act is suitable for event types:
Wedding Birthday Celebration / Jubileum Funeral Business party Reception Fair / Congres Horeca line-up Holiday / Local feast
You have 1-on-1 contact with the artist
or his/her personal manager.
Do you have a question about this act?
Pose it in your request for the artist.