Band , Rock
The artist is residing in Rosmalen 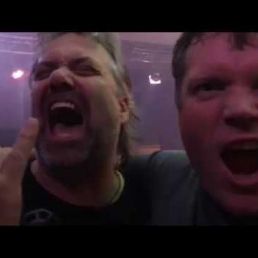 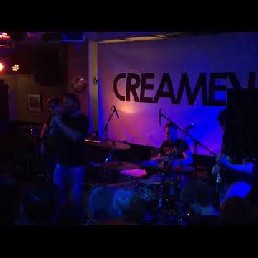 If necessary we fit on a paving tile, if

We're Creamer, we love rocking and if you're afraid of hearing damage, don't book us. Expect the unexpected, hard rock has never been so much fun.

CREAMER is a four-piece formation consisting of musicians who have more than earned their spurs in music and are actually only on stage for one reason: rocking. No nonsense, preferably this band would like to perform the best what rock 'n roll has been written in the past 70 years for 3 hours in a row.
So expect jam sessions, drum and guitar solos, fat rock 'n roll where it's hard to stand still and most of all lots of fun. That two walls with Marshalls cause permanent hearing damage and that there's still some napalm in your eyes from the fireworks is a problem of tomorrow. So: tie laces, get extra beer, fists in the air and roar along.

Metallica
For Whom The Bell Tolls (Remastered)
Nirvana
Breed - 1992/Live at Reading
Do you have a question or wish regarding the repertoire? Mention it in your request.

Hire or book Creamer is best done here via Showbird.
This act is suitable for event types:
Wedding Birthday Celebration / Jubileum Student party Sports event Business party Opening Horeca line-up Festival Holiday / Local feast
You have 1-on-1 contact with the artist
or his/her personal manager.
Do you have a question about this act?
Pose it in your request for the artist.

The artist is residing in Rosmalen