Singer (female) , Dutch
The artist is residing in Emmer Compascuum 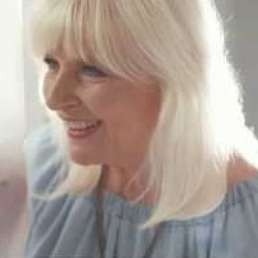 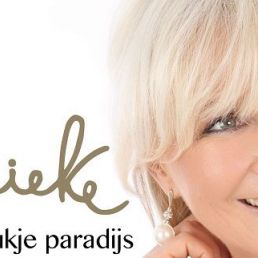 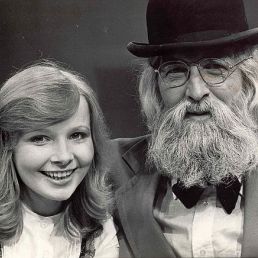 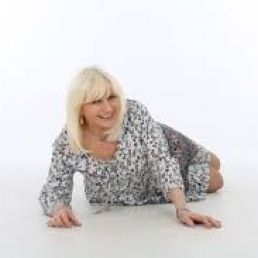 On the basis of composer-lyricist and producer Pierre Kartner, Mieke officially stepped into the world of show business in 1973. With her very first hit 'A child without a mother' Mieke became instantly known. Yet no one could have suspected at the time that Mieke is still carried on the shoulders of a large audience to this day.

Pierre Kartner or Father Abraham in 1973, during a performance of the 'Father Abraham Show', brings Mieke forward to sing with him the hit 'Would it be bad, dear grandpa'. Soon after this a first single follows, and the duet with Kartner 'What a beautiful day' is released. As a result of the collaboration with Pierre Kartner at the time and a bit later the Schlager genre, a number of joint recordings were made with Dennie Christian of which the famous song 'Saturday Night' became a big hit in 1985. In 2009 a new version of this song was released with next to Dennie & Mieke also Christof & Lindsay. Her biggest hit, however, remained 'A child without a mother from 1974'.

When her husband dies in 1994, Mieke decides to leave her singing career for a while and focuses mainly on her private life. But then she returns in 2001 with a resounding comeback. With her single 'Something like Love' she effortlessly makes the musical front pages, and once again becomes a much sought-after guest in various radio and television programs. Luckily, not long after that, she'll be in the mood for the shows again. In 2004 Mieke celebrates her thirtieth anniversary with a theatre show with which she tours Flanders and the Netherlands with great success. Despite the innovative aspects in Mieke's repertoire, her music still remains recognizable. The timbre of her voice remains as it has always been: clear and striking. Mieke's many fans are never disappointed.

Mieke, who once started as a child star through Pierre Kartner, has in the course of her career grown into a singer of stature who, despite all the changes in the world of music, is still a much sought-after artist. The hits like: - A child without a mother' - 'My best friend' - 'Summertime' - 'Charlie Chaplin' - 'If I didn't have you' - 'Not every Oyster has a pearl' - 'My guardian angel' and many others, are still extremely popular and Mieke still sings with the same passion as before.

In 2014, Mieke was on stage for forty years and to mark the occasion, a compilation album entitled 'Mieke', Forty Years Hits' was released in November 2014. To this day, Mieke is an integral part of the Flemish and Dutch charts! Both in Belgium and the Netherlands she is on stage every week in front of an enthusiastic audience. Throughout her career, Mieke has sold almost 2 million records and CDs.

An Award could not fail to be presented to this sympathetic singer. After artists such as Will Tura, Willeke Alberti, Rob De Nijs & Liliane St. Pierre, Mieke receives the Golden Lifetime Award. This award includes a special appreciation for performances on a musical level but also on a human level. It is a recognition for her entire oeuvre and translates the power that emanates from Mieke into her music.

In the presence of many Dutch-language artists, colleagues, lyricists, composers, music makers and theatre agencies, mayor André Peeters and the Aldermen's College of the City of Aarschot, the Oscars of the Dutch-language song were presented for the 12th time on Wednesday 11 May 2016 at the CC Gasthuiskapel Aarschot in Belgium

The timbre of her voice remains as it has always been: clear and striking! Sparkling and moving, Mieke provides emotion, ambiance and top entertainment at every event or party.

This price is excl. possible 7% for the Buma, the show has no sound of its own so this has to be arranged by the organizer himself.

Hire or book Mieke is best done here via Showbird.
This act is suitable for event types:
Wedding Birthday Celebration / Jubileum Student party Sports event Funeral Business party Reception Fair / Congres Opening Horeca line-up Festival Shopping / Market Holiday / Local feast
You have 1-on-1 contact with the artist
or his/her personal manager.
Do you have a question about this act?
Pose it in your request for the artist.