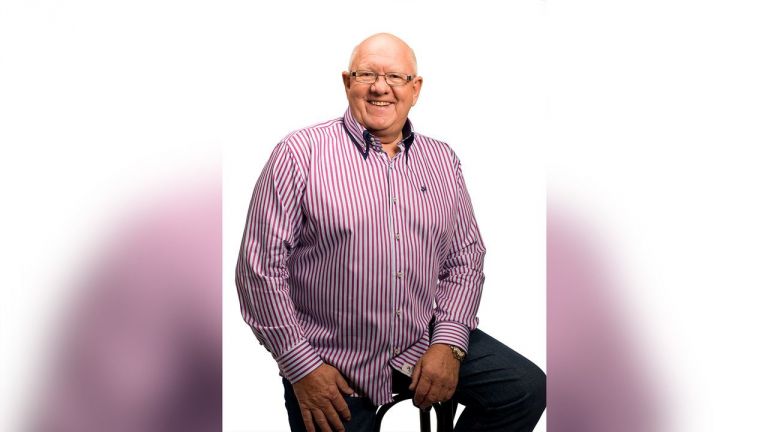 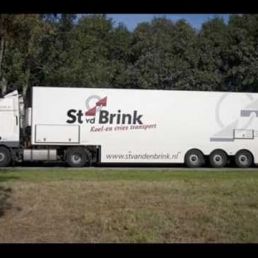 Henk Wijngaard was born as the son of a mother who fled from France and a Canadian allied soldier. At an early age he was playing music, and on his 14th birthday his mother gave him a guitar. And so he ended up in several bands to earn some extra money. The co-driver of his truck asked one day why he didn't write a Dutch song for truck drivers. Through several talent shows Henk Wijngaard ended up at record company Telstar, who released the song "M'n cabine".

He suggested to the record manager to sing a whole LP full of driver songs. But the record owner Johnny Hoes had his reservations and expected little from Henk Wijngaard's truck songs. However, Henk Wijngaard was tenacious and stated: "If half of the 80,000 truck drivers like the record and half of them buy the LP, then you have sold 20,000 of them! After Johnny Hoes had heard the songs he was convinced and still gave permission. The first best song "With the flame in the pipe" was promptly number 1 and numerous hit successes followed. For example "I loaded my car", "Night-drivers", "Mile-eaters", "Asphaltrocker", "Containersong", "I have a truck as my home" and "As a driver I was born". His album "Singing Wheels" was in the LP top 100 for half a year. All in all he was in the top 40 20 times from 1977 to 1990, and 20 times number 1 in the Dutch top 10. This earned him 4 Gold Albums, plus 3 Gold Cassettes.

After these huge hits, the life associated with them had taken its toll. Inspiration had suddenly disappeared with the immensely popular folk singer. It was time to distance oneself from everything. Henk chose for himself and his family and picked up his old profession of trucker again. After two years it started itching again. Henk Wijngaard missed his fans. And vice versa. And so it hit again in 1988 and the gigantic comeback was a fact with a dike of a hit "A snow-white wedding dress". Suddenly everything went crescendo again. Hit after hit was scored like "Hey Suzie (the mood is over)", "Watch out, here I am", "Beun de Beunhaas", "So, as you are" and "I have years to go:"

In 1996 Henk Wijngaard was proclaimed the greatest professional in his field by the leading magazine Misset Horeca: Dutch party music! Due to the resignation of Pope Benedict, Henk recorded a new version of the song 'Met de vlam in de pijp. The song titled "Comes out of the pipe" is a satire in the manner of the well-known tune "With the flame in the pipe". The text is written by Bert Nonkes, Piet-Cees van der Wel and Henk Wijngaard where the song was recorded in the studio of Piet-Cees van der Wel.

In August 2014 Henk Wijngaard scores again. His new album 'Altijd Onderweg' came in fourth in the Album Top 100. He is on the hit list between international artists such as Coldplay and Stromae and the Dutch Commet Linnets with Ilse de Lange. The last time the singer was in the hit list with an album was in 1981 with the album 'Volle bak'. That album was then in the Top 100 for 28 weeks. From the album 'Altijd Onderweg' the song 'Ga, Gaaah' has been released as a single.

In 2016 Henk was in the business for 40 years and an anniversary album was released. The recordings took place in the Telstar studios and with that Henk returned after 38 years, after the release of "Met de vlam in de pijp" and many other hits by Johnny Hoes, to where it all started. 2016 became a year full of highlights for Henk Wijngaard! It was the year of 40, 50, 70! Three beautiful milestones in one year: 50 years married to his wife Trijn, his 70th birthday, and 40 years artist.

This CDbox contains new songs, written by Dick van Altena, the complete hit list and a number of bonus tracks. Together with Hans Vrolijks, Dick van Altena is responsible for the production. The supervision of these beautiful albums is in the hands of Adri-Jan Hoes (Telstar Studio Weert).

To this day Henk Wijngaard is a highly appreciated artist and, partly due to his captivating character, he is popular with a wide audience, where young and old enjoy his performance again and again.

Price does not include 7% Buma & travel expenses. He has his own monitor set.

Hire or book Henk Wijngaard is best done here via Showbird.
This act is suitable for event types:
Wedding Birthday Celebration / Jubileum Student party Sports event Funeral Business party Reception Fair / Congres Opening Horeca line-up Festival Shopping / Market Holiday / Local feast
You have 1-on-1 contact with the artist
or his/her personal manager.
Do you have a question about this act?
Pose it in your request for the artist.