Singing group , Tribute
The artist is residing in Emmer Compascuum 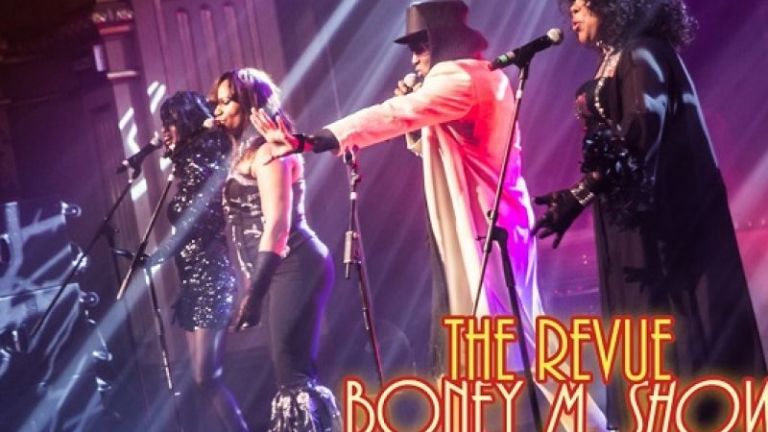 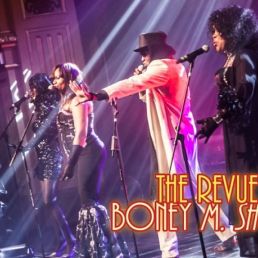 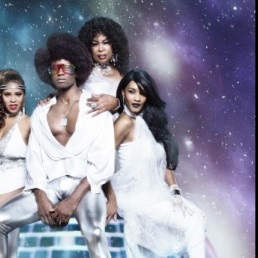 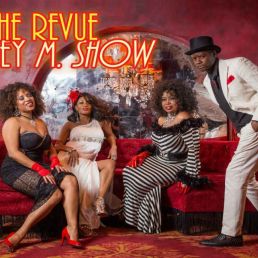 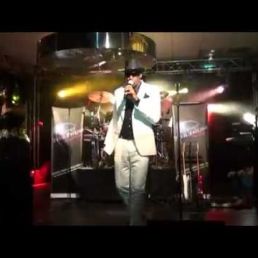 The reVue Boney M. Show brings you, as only The reVue can, Boney M. and the greatest hits of the most successful disco act of the seventies that sold 150 million records worldwide with hits like: Rivers of Babylon, Daddy Cool, Ma Baker, Sunny Rasputin, Brown Girl in the Ring and much more! So this act is a tribute show and not the official Boney M.

The reVue ladies Edna Proctor, Maureen Fernandes and Tamzie French, are the former lead and backing singers of Bobby Farrell's Boney M. Show! They have performed with the great disco icon Bobby Farrell for the last 20 years before he died in December 2010 after a show in St. Petersburg in Russia where he was very popular, as well as in many other countries around the world.

A year and a half after the tragic death of Bobby Farrell, The reVue ladies have started a successful collaboration with the English singer johnsonG. He has built an impressive career in the Showbizz world. He did the backing-vocals with a.o. Lionel Ritchie, Phil Collins and Ricky Martin and was singer/dancer/choreographer with several TV channels in the Netherlands.

The reVue Boney M. Show always receives rave and insanely enthusiastic reactions from clients and audiences after shows in the Netherlands, Belgium, Germany and Spain, and more recently in Girona, Zarragona and Bruges, where they performed at large open-air summer festivals. Of course, the new frontman does not go unnoticed at all, partly because of his remarkable singing and dancing qualities as well as his good looks.

The show is exclusive light, the act has its own monitor set.

Hire or book The reVue Boney M. Show (Tribute) is best done here via Showbird.
This act is suitable for event types:
Wedding Birthday Celebration / Jubileum Student party Sports event Business party Fair / Congres Opening Horeca line-up Festival Shopping / Market Holiday / Local feast
You have 1-on-1 contact with the artist
or his/her personal manager.
Do you have a question about this act?
Pose it in your request for the artist.