Band , Blues
The artist is residing in Zwolle 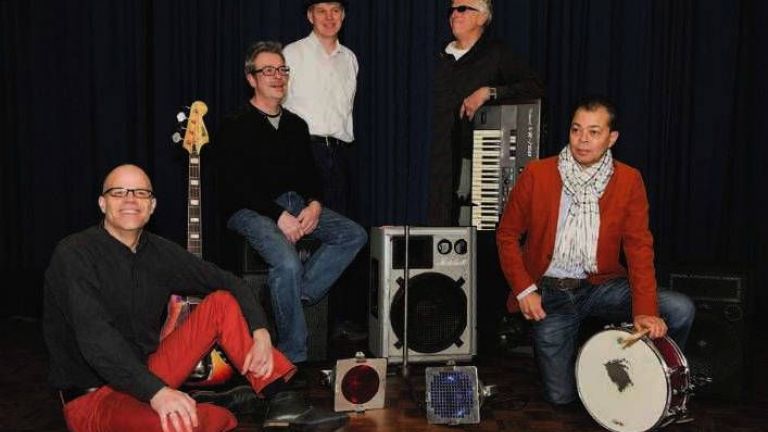 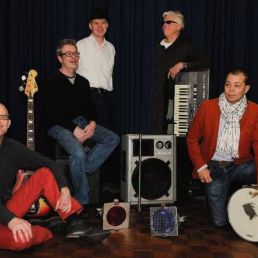 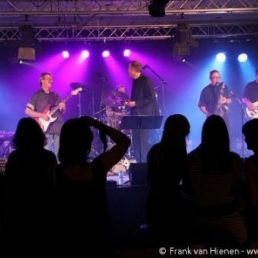 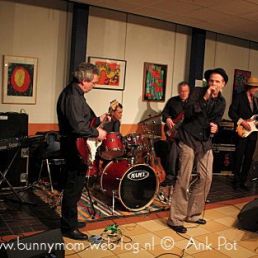 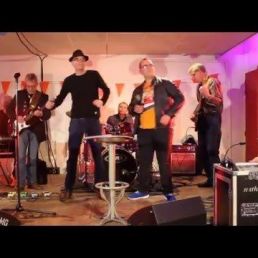 At the origin of the Neighbours BluesBand is a street barbecue of the Verwoldsebeek which took place on the last June day in 2007. In mutual conversations between neighbours it became clear in the late hours that musical talent lives on a few hundred square meters. Remarkably, some neighbors knew each other sideways. Some of them had not talked to each other after living on the same housing estate for about ten years. After some enthusiasm about the initiative, in which the neighbors might be helped a bit by some booze, the idea was floated to start a street band. The morning after it turned out that it wasn't just big words and an appointment was made to do Jam in the garage of one of the houses in the street. A Jam of just neighbours on guitar, drum, piano and vocals, in which after a neighbourly investigation a missing bass player was found outside his own brook. Hans may not have lived in the street, but the slum was just around the corner...

Herman had been playing guitar in a band for a while. Mitch had drummed in a band in a previous life, but hadn't touched a drum for decades. Hans had just interrupted his career as a bass player by leaving a band. The men always heard André singing through the shower window and if he could keep his wits about him, he could do something. Above all it was Peter's boyhood dream to play in a real band. Rik is simply the up-and-coming guitar talent. After a successful Jam in the garage De Verwoldsebeekband was born.

At the end of September the formation found a rehearsal room at R&M music at the Simon van Slingelandplein, where once every two weeks an hour and a half was rehearsed. The band describes this as a nice period with a very nice owner: Eddy Lammers.

Halfway October Hans had to give up; he couldn't combine the rehearsal times with his work and so the band came without a bass player. The members flipped door-to-door to track down hidden guitar talent in the area. This did not lead to the desired result. Until Roland signed up mid-December. Although he was not from the neighborhood, he was sufficiently driven as a beginning bass guitarist. With the arrival of Roland the band also got the opportunity to play in another rehearsal room. Studio-owner Willie resides in the old Gemeentearchief and regularly takes care of the band with unsalted but constructive criticism and handouts.

The band was then renamed Neighbours Blues Band or NBB. The name change is on the one hand to give the reference to Neighbours a more surreal touch. On the other hand to express the music core of the band, the Blues. Although the band's growing repertoire is not exclusive, it is mainly grafted onto this compelling music genre. Roland has said goodbye in 2011 and has been replaced by Ton, who also played bass in earlier years and also lives in the AA countries.

The fact that some routine came into the band's game turned out to be a good thing. On April 18, 2008 the NBB was invited by R&M Music to perform in the Docter, the Swingcafé in the city. Together with three other starting bands the band played for about three quarters of an hour. At the end of the evening the band looks back on a successful first performance. The reactions of present neighbours or other pub-goers were encouraging enough to continue as a band and to #### continue to practise the chosen direction and perform on changing locations, with varying success. Undisputed highlights were the performances for their own public at the street barbecue and the Blues Night in the Nieuwscafé on May 20, 2009.

At the end of 2009, the repertoire grew to over thirty songs; consisting of rock, a few ballads, but above all blue

Hire or book Neighbours Blues band is best done here via Showbird.
This act is suitable for event types:
Wedding Birthday Celebration / Jubileum Student party Sports event Funeral Business party Reception Fair / Congres Opening Horeca line-up Festival Shopping / Market Holiday / Local feast
You have 1-on-1 contact with the artist
or his/her personal manager.
Do you have a question about this act?
Pose it in your request for the artist.

The artist is residing in Zwolle