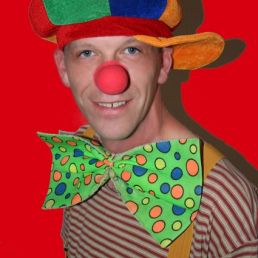 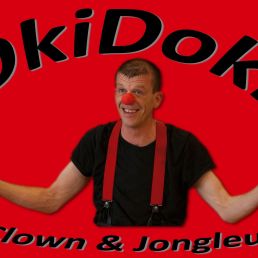 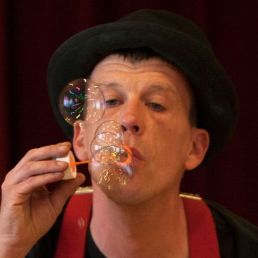 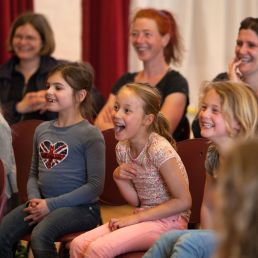 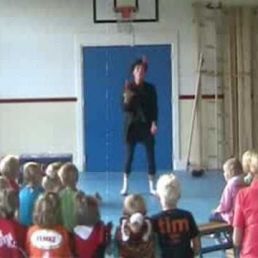 The performance "OkiDoki" hasn't started yet. Or has it?

Before the performance starts, the audience is already pretty warmed up by hilarious stupid mime, slapstick, clowning around alternating with ingenious juggling and juggling. The performance hasn't even started yet or the audience is already on the interactive, participating booth. In the performance OkiDoki does pretend to be a juggler, he does pretend to be a magician, but in the end OkiDoki turns out to be mainly a clown. OkiDoki is a performance in which clownish situations are quickly alternated with amazing magic, juggling and balloons. It is a performance with a lot of room for interaction, improvisation and participation. A (children's) performance like you have never seen before. A clown show that will entertain, amaze and above all make both young and old laugh.

The artist is residing in EefdeTravel expenses are based on your event location.