Singer (male) , Classical
The artist is residing in Bunde 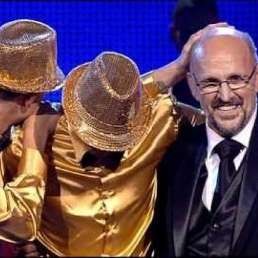 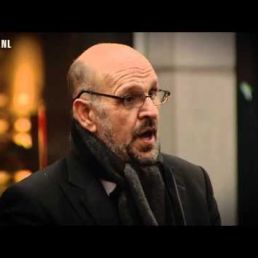 Martin Hurkens is the winner of the Dutch Got Talent 2010. Since his victory in this big show, things have gone fast with Martin. He has had several performances at home and abroad and is an integral part of the Dutch music industry.

In 2010 my youngest daughter signed me up for the RTL programme 'Hollands Got Talent' without me knowing it. After some doubts I decided to join this great program. Without any expectations about how far I would get, I reached the finals. In my wildest dreams I didn't think I would win the finals as well. A fantastic experience! As an unemployed baker a new world opened up! My hobby had always been singing and now there was the opportunity to make my hobby my profession. I seized this opportunity with both hands.

After winning the finals more and more requests came in for performances. Besides the performances I also recorded my own videoclip in the centre of Maastricht. You raise me up'. Without my knowledge this video became very popular on YouTube and social media. This video went all over the world and before I knew it, the requests came in from all over the world: China, Taiwan and Japan. This resulted in several trips together with my wife to these beautiful countries to be able to sing in front of full concert halls.

In the meantime I've already been able to give beautiful performances in countries such as these: China, Taiwan, Japan, Italy, France, Turkey and Germany. Also in the Netherlands I can give various performances together with the best Harmonies, Fanfares and Symphony Orchestras. This is a pleasure for me to do!

At the moment there is an invitation from New York and a big tour through China. That's why I always say: 'dreams are allowed, and sometimes they come true'.

The act consists of 1 x 20 minutes.
The price is excluding 7% Buma.

Hire or book Martin Hurkens is best done here via Showbird.
This act is suitable for event types:
Wedding Birthday Celebration / Jubileum Funeral Business party Reception Fair / Congres Horeca line-up Holiday / Local feast
You have 1-on-1 contact with the artist
or his/her personal manager.
Do you have a question about this act?
Pose it in your request for the artist.

The artist is residing in Bunde