Band , Coverband
The artist is residing in Bunde 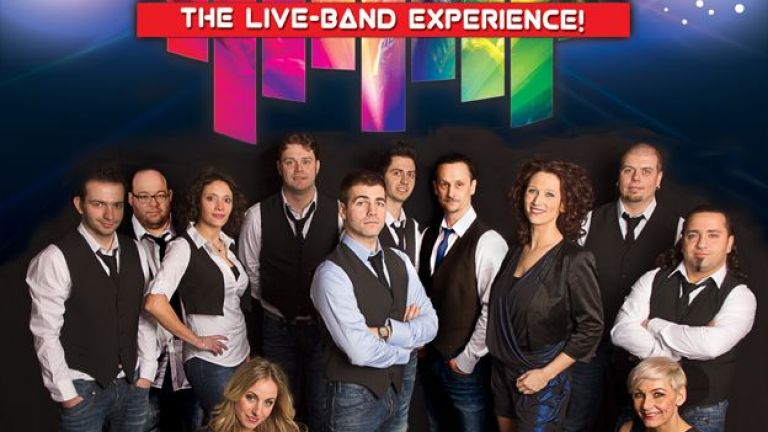 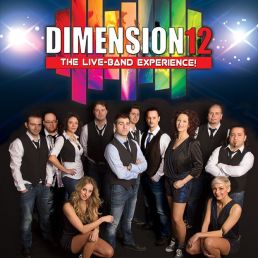 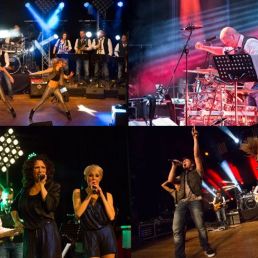 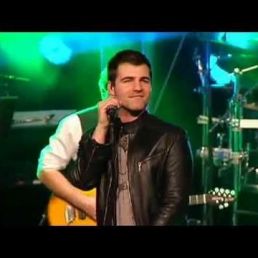 A non-stop live-band experience full of surprises! 12 young top musicians on stage, who together provide one blast of energy, show and party! The broad repertoire is similar to that of a DJ, but is played entirely live. Two professional dancers in the front ensure that there is at least as much to see as can be heard! Get carried away from soul to dance, from disco to 90's hits and from rock to Latin! The music is recognizable, danceable and full of energy. The musicians are professional and extremely enthusiastic! Dimension12 is the ultimate live-band experience!

Dimension12 has 12 young professionals on stage. But they are also working on Dimension12 alongside the stage: a well thought-out concept, clothing, light and sound play important roles. Dimension12 is trendy and surprises the audience with a unique show. The three ladies and one gentleman's strong front guarantees strong, polyphonic singing, impressive choreographies, partying and plenty of interaction with the audience! The musical basis stands like a house and is put down by a four-piece rhythm section and four horns. It is a richly filled band, where no concessions are made! Dimension12 works with arrangements written out in advance, of course with plenty of room for improvisation. A performance of Dimension12 consists of three non-stop sets of 45 minutes each. Artist accompaniment is negotiable in advance.

Hire or book Dimension12 is best done here via Showbird.
This act is suitable for event types:
Wedding Birthday Celebration / Jubileum Student party Sports event Business party Fair / Congres Opening Horeca line-up Festival Shopping / Market Holiday / Local feast
You have 1-on-1 contact with the artist
or his/her personal manager.
Do you have a question about this act?
Pose it in your request for the artist.

The artist is residing in Bunde