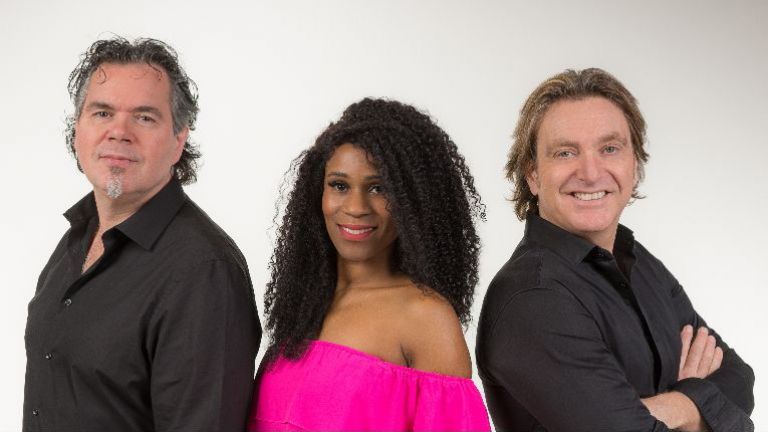 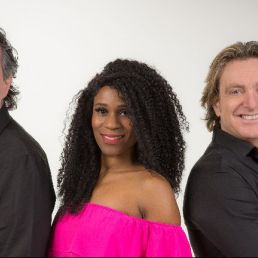 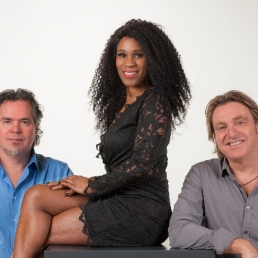 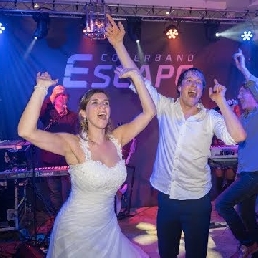 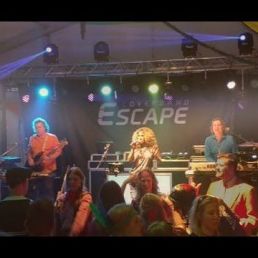 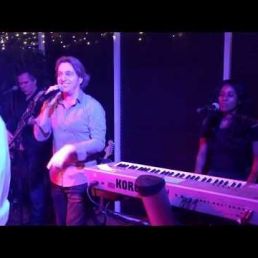 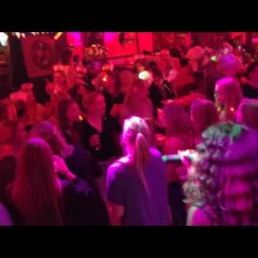 Are you looking for the nicest and best Coverband, wedding band, party band or Live-music for your wedding, birthday, company party or event with a unique and extensive repertoire? If you want to make your party an evening to remember, provided by a splashing band with fun interaction with the audience, then Coverband Escape is your choice.

Escape is a modern cover band with a unique and very extensive repertoire.

The repertoire of this dazzling cover band varies from the 70's, 80's, 90's and 00's to the very latest hits from this week's Top 40, of course the Dutch "sing-along" repertoire is also abundant, making Escape a real party band

The unique and extensive repertoire makes Escape the right band for your wedding, wedding party or company party, live music is still the most fun musical accompaniment there is a party. The formation Escape consists of 3 band members who each can perform good solo singing and different instruments, because of this variety it is never long and very pleasant to listen to this band when you are not completely loose on the dancefloor.

It is also very nice for you that Escape can be very flexible with the available space at your party location due to their smaller occupancy. Both on a small party of 60 people, as on a big stage for a company party of 500 people Escape can stand his ground. At even bigger parties with 1000 to 2400 men Escape has already played successfully, so also here the band can play with ease.

"The quality and sound of a big band but the price of a trio, that's two birds with one stone".

Also in the possible breaks of the band we take care of the break music. So you can indicate what kind of music you would like to hear during our 15 minute break. Of course we keep the breaks as short and as little as possible so that your party can't fall silent. We are also very flexible with our break, because when the dance floor is full we easily skip a break. If something important is suddenly said or done, or if the family wants to step up a bit, we can also take a break immediately.

Allround is Coverband and Feestband Escape very strong because the band exists since 1988 and has rehearsed and played all music styles. The repertoire consists of music from the 70's to the latest hits from the Top 40 of this week. Of course, Band Escape also plays the cozy party songs from Dutch soil. If there is a request from a song we don't play then we always have an alternative from the same artist or band or a song from the same time and music movement. Because of this we often get the compliment: They play everything!

This is of course impossible but because of the large and versatile repertoire it seems so, this makes Escape the ultimate band for your party or event.

The artist is residing in NootdorpTravel expenses are based on your event location.