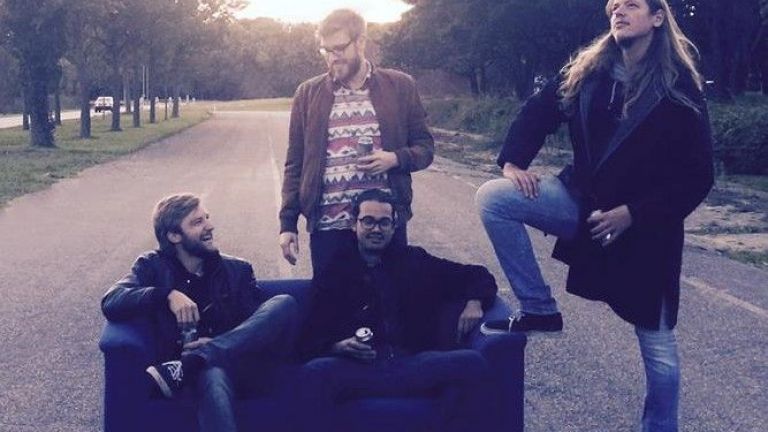 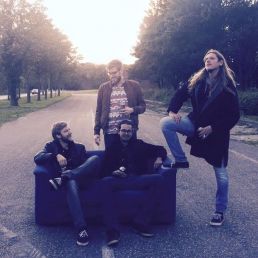 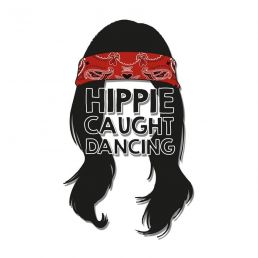 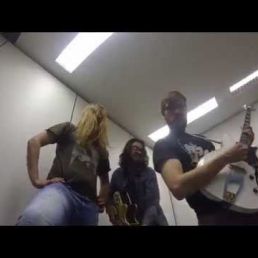 The picture was complete, the earth round and the banana crooked. From now on, Hippie Caught Dancing will not bombard the world with internet hits, but with swinging hits and long blond locks. Peace on, motherswingers!

Jens Detger Adam and Lennart van der Burg knew for sure: with the internet movie 'Hippie Caught Dancing', in which Jens dances like a madman through Lennart's bedroom, they had gold in their hands. But the ratings did not come up and the predicted hype did not want to get going. Out of sheer despair Jens even shaved off his long blond locks, but this had no effect either.

Disappointed in the audience and in life, they decided to take their grief away from them and walk the second, much harder path to success: the path of rock music. With the non-French-speaking band Je t'aime le Supermarché, they were immediately crowned public favourite at their first Flavourland performance and then performed at the Cheese Boutique, at the Amstel Hotel and at Jolpop. But even now it didn't lead to a breakthrough: although the audience made an obvious attempt to make rhythmic and rutted movements on their music, the true dancing didn't happen.

Completely adrift, Jens and Lennart floated through a musical world dominated by flashy DJs, tough rappers and Jett Rebel. One Tuesday afternoon they met Nick Karssenberg, drummer of a Christian rock band, and Thomas, the wise man with the gripping fingers from the Far East. Something arose that scientists in the near future will describe as 'a click' and that historians will later look back on as a 'eureka moment'. Wise Thomas and Slick Nick taught Jens and Lennart how to make the audience dance. Lennart and Jens in turn taught Nick and Thomas how to prick needles and how they could have a whore give them a blowjob without having to pay for it afterwards.

The picture was complete, the earth round and the banana crooked. From now on, Hippie Caught Dancing will not bombard the world with internet hits, but with swinging hits and long blond locks. Peace on, motherswingers!

The artist is residing in DrontenTravel expenses are based on your event location.