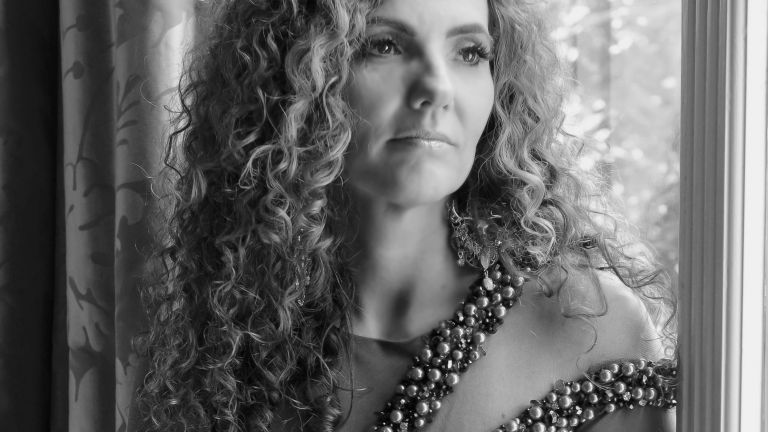 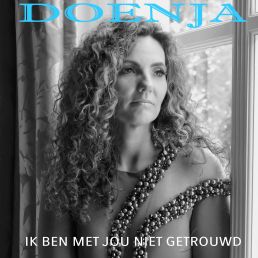 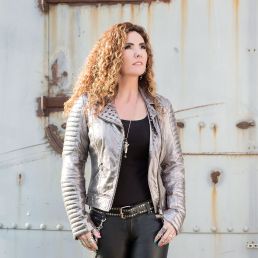 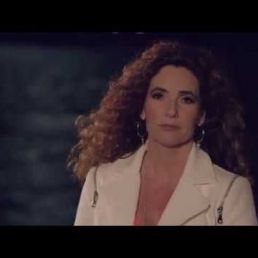 It is clear that Doenja has taken a new path. The singles 'What do you want' and 'Get lost' already showed us a spirited, self-confident woman with a strong opinion of her own. So it's time to provide her own 'classic' with a new solid recording as well. With this new recording 'I'm not married to you' will soon become part of the modern party repertoire! Her top 30 hit 'Breathless' is a much sought after record on div. channels. All in all, Doenja will transform every occasion into a real party!

After first working as a background vocalist on several recordings (a.o. with the Zangeres Zonder Naam) she recorded her debut album in 1996!
Of which a.o. ''De Zuidenwind'' appeared on single, as a precursor of her album ''Dit ben Ik''
Radio attention and a lot of airplay and an entrance of ''De Zuidenwind'' in the Mega Top 100 of summer 1996 were the result then. All this under the name Dunja.
This was followed by a long period of radio silence around her person and during this period Doenja became completely under the spell of sports.
In those years she obtained many licenses and diplomas and started working as a sports teacher at various gyms where she could perfectly express her entertainment feeling and in no time she took full lessons because of her enthusiastic way of teaching.
Singing is and remains her passion in the end and exactly 10 years after her last steps in the record business she comes into contact again with her former record boss Rob Peters.
In a year and a half a lot can change in the life of an artist!
After the first release in 2006, of the singles "In Heaven" ( yes you read it well!), "The warm South Wind" as well as the duet with the guys from Helemaal Hollands "Live like a gypsy", "Addio Amore, just go away" "Maybe someday" and ''I'm not married to you'' which got the patriotic hit list and ''Where, where, where is that man''. her album ''Straight from my heart'' also became a fact.
After her outing in children's pop and as a duo "Muze" she recorded in 2016 the singles "What do you want and "Get lost" with the great accompanying clips.
In 2017 Doenja re-recorded her hit "I'm not married to you" and is back to conquer the Netherlands again.
Doenja's new single 'Breathless' is just like the singer herself: both have already proven themselves! The German original by Helene Fischer is the biggest German-language hit of the past 10 years. In a fresh Dutch version of Doenja and has already stormed the charts in our country
"Breathless" by Doenja has been released on Charly Prick's new Dutch label 'Hitneus'.

The artist is residing in Bergen op ZoomTravel expenses are based on your event location.

Hire or book Doenja is best done here via Showbird.