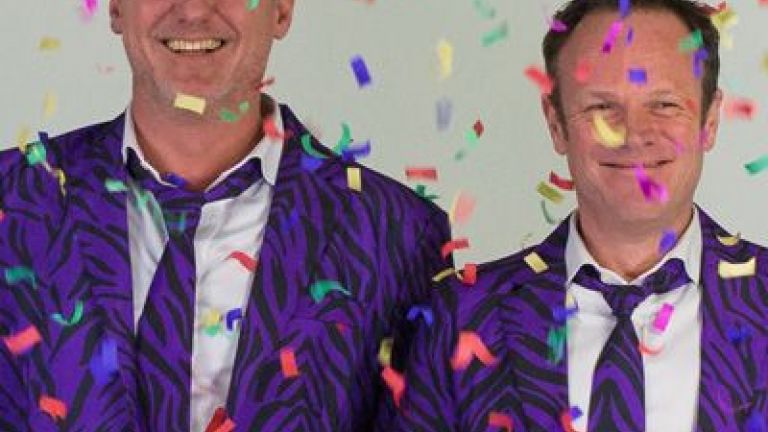 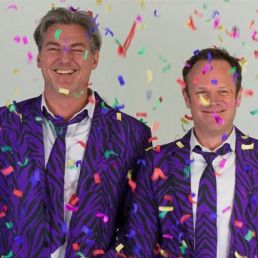 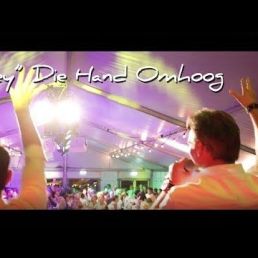 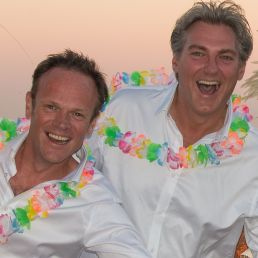 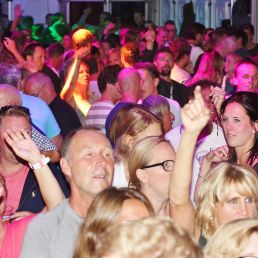 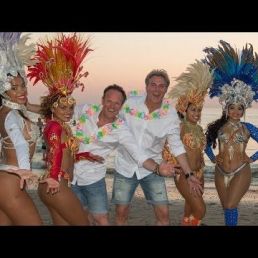 Humour and fun is the main focus of the party act Die2. A performance of Die2 is a party you can't miss. All Dutch and English hits from then until now will pass by and will be performed by Die2 in their own sauce. Fat Beats and a high jumping level.

Die2 also has its own party repertoire with which they work hard and receive very good reviews! Party duo Die2 ..... a real party!

Edwin de Goede & Louiy de Bruin two singers who have each been singing quite a few miles and both have been active as lead singers in various cover bands for years. Many times they met each other during gigs and immediately there was a great musical as a personal click! It didn't take long and Die2 was born...

August 2016 is Die2's first single "Jump out of your String" a lovely summer song with a Brazilian touch!

September 2017 Now that the temperature is falling, the public has to keep warm, all the more reason for the party duo Die2 to go to the après-ski and let the temperature rise to extreme heights. The throttle has to be up, the music can be loud and Die2 starts with the 3rd single "Hey" Die hand up" a lovely party song on which you can't stand still.

It's a Tape Act, the show lasts 30 minutes (in consultation and at extra cost it can also be 2x 30 minutes) and they can bring their own technique up to 350 people.

On a crate of beer, a bar stool or stage is all possible We are going for it! :-)

Rider can be called up.

The artist is residing in Noordwijk (Zuid Holland)Travel expenses are based on your event location.