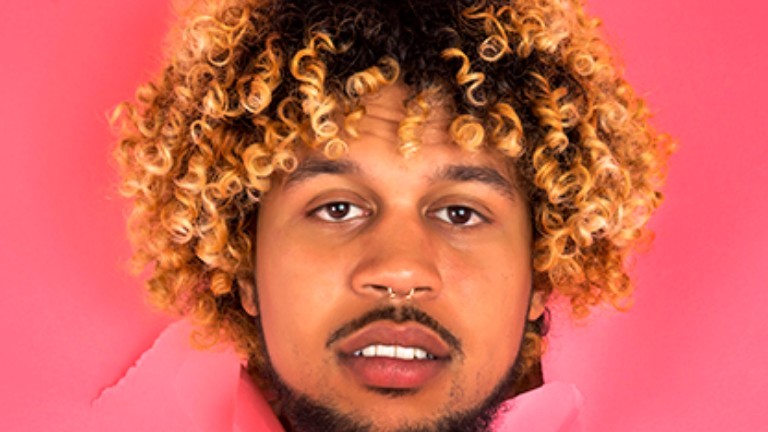 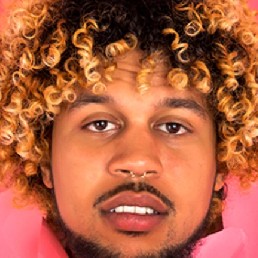 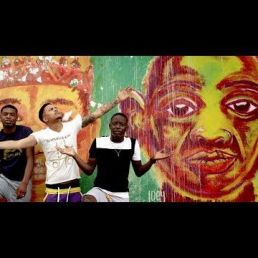 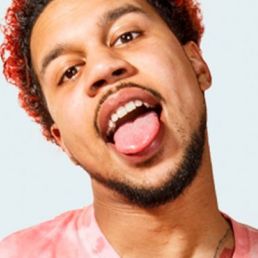 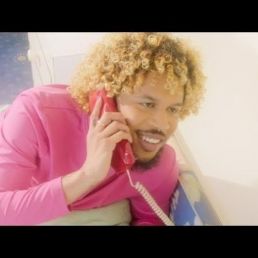 The Amsterdam based rapper Bokoesam , also known to his fans as Bokoeyonce or Sam can be booked through ShowBird ! Book Bokoesam for an unforgettable evening filled with hits and club bangers.

When you hire Bokoesam through Showbird you can expect a lot of energy during his performance. With songs like Workshop , Can't Turn Once and Infrared he makes the whole venue jump!

With songs like Butter Cheese and Eggs, Super Saiyan Based and 32 levels Bokoesam manages to create a little buzz for himself in the Amsterdam scene in 2011, so he ends up with rapper Negativ's label Nindo. After releasing a series of singles and making guest appearances on other people's tracks, Bokoesam released his debut EP 'Never seen it before' in 2014. The album included collaborations with Ronnie Flex , Keizer and Idaly.
A year later, the young rapper from Amsterdam ends up at a TopNotch writers' camp. A new generation of rappers and producers gathered here on the Wadden Island Schiermonnikoog. Under the name 'New Wave' they released an album that changed the whole hip-hop landscape. The New Wave collective consisted of Bokoesam, Lil Kleine , Ronnie Flex , Idaly , SFB and Jonna Fraser. After the release of New Wave Bokoesam signed with Topnotch and released his second EP called 'A Little For Yourself'. With the single 'You And Me', a collaboration with Idaly, the rapper introduced a new melodic sound. The track was crowned with platinum.
In 2017 he finally released his debut album called Solo. He was assisted by Yung Nnelg , Jonna Fraser , Jandro , Willie Wartaal and Lil Kleine. The album was released at the same time as a documentary. Also this project of Bokoesam was well received

You can hire Bokoesam through ShowBird for your birthday, company party or student party.

Bokoesam
Valse Profeten (feat. Kenny B)
Bokoesam
Kwijt
Bokoesam
Zoveel Leven
Do you have a question or wish regarding the repertoire? Mention it in your request.

Hire or book Bokoesam is best done here via Showbird.
This act is suitable for event types:
Birthday Celebration / Jubileum Student party Sports event Business party Opening Horeca line-up Festival Holiday / Local feast
You have 1-on-1 contact with the artist
or his/her personal manager.
Do you have a question about this act?
Pose it in your request for the artist.