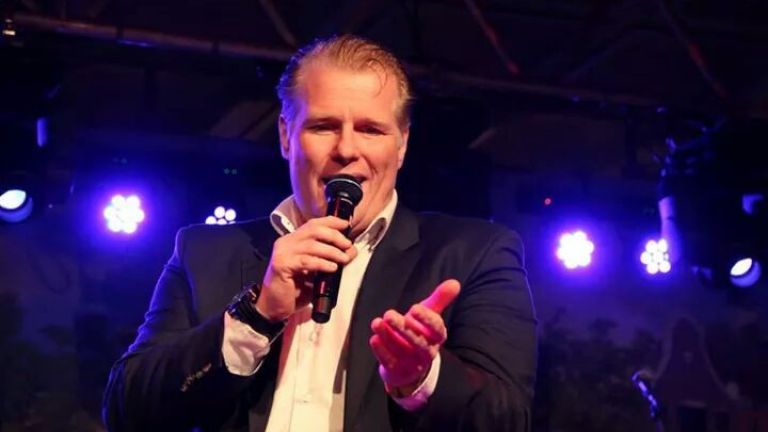 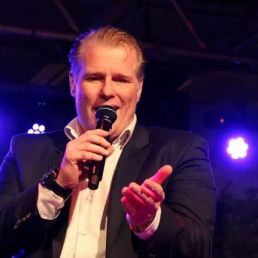 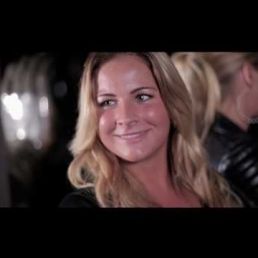 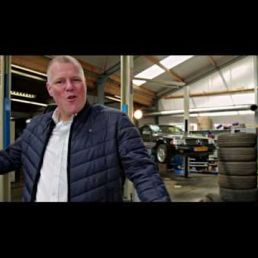 Ramon Sandbergen is an all-round singer with a repertoire ranging from Dutch and English party songs to lovely sing-alongs and ballads.

Ramon Sandbergen, a westerner born in heart and soul on the van Spilbergenstraat Amsterdam West. Shortly after his birth he moved together with his father, mother and sister to Marco Polo street where he grew up when he was young. Cook baker that's what he wanted to become and so it happened, after five years of St. Hubertus school for consumer professions many internships and courses he had adjusted his goal and stood in the kitchen. The hospitality industry had stolen his heart, so let's join his father in the company and work with his family every day. In between, he moved to Amsterdam Zuid Oost, the new Amsterdam with lots of greenery and space.

Vinkeveen beckoned, lovely with a boat on the water with music and friends. Not much later, he even moved to this picturesque village on the waterfront under the smoke of Amsterdam.
So from his backyard into the lake and enjoy that was a welcome extra after the long working days, regularly a snack and drink at the Plashoeve where he and his neighbor Andre Hazes set the place up.

He was certainly the inspiration that gave him the push to start his first singing lessons with Frans Cornet the Opera / Operette singer from Amsterdam with international allure. Under his wings he started talent shows where he quickly caused a furore and showed that he had a voice that should be taken into account.

Singing every weekend that's what he wanted, on the Rembrandtplein in various cafes in and around Amsterdam at parties he didn't care if he could entertain the people. The combination of hospitality and singing seems ideal but nothing could be further from the truth because when the hospitality industry is busy those are also the moments when it is necessary to sing and that doesn't happen at the same time so unfortunately the singing came to a standstill.

After a fantastic career in the hospitality industry with the occasional good singing, the singing tickles got the upper hand and Ramon was persuaded to take part in a talent hunt of ''The Jordaan Festival''
And miracles are not out of the world because he won it with verve and it turned out that he had not lost his talent, the main prize was a performance on the Sunday of the Jordaan festival at the Appeltjesmarkt. The organizer was even so charmed by Ramon that he made place in the crowded program on the Saturday where he was allowed to show his talent between the established order.

This tasted like MORE! this is the basis of his re-entry into the world of music.
Reunited with his musical friend Bram Koning, the plans for his first single were finalized. I give you what I can give you'' became the title and that's what Ramon does with every performance, he lays bare all his heart and soul and shares it with his audience.

If you do it you do it well was the thought, so there had to be a videoclip, cd's were printed an experienced plugger was taken in hand and the song was presented to the audience in the cafe of his gabber. Soon the whole of Amsterdam and surroundings got wind of this and now every weekend he is asked to make his voice heard at parties from small to big.

But also outside Amsterdam the interest is growing rapidly and he now drives all over the country. So time for a new single ''I can't help it'' that became the bike for the musical love between Koning and Sandbergen, and he certainly can't help it. City and country he now rides off with his regular sidekick, no distance is too far for them as the gigs even spread beyond the country's borders.
Also this year Ramon can be heard at many big and small festivals and parties so keep an eye on his facebook for dates and venues.

Ramon, good luck every time and let's be amazed and enjoy your sociability.

The artist is residing in HoofddorpTravel expenses are based on your event location.