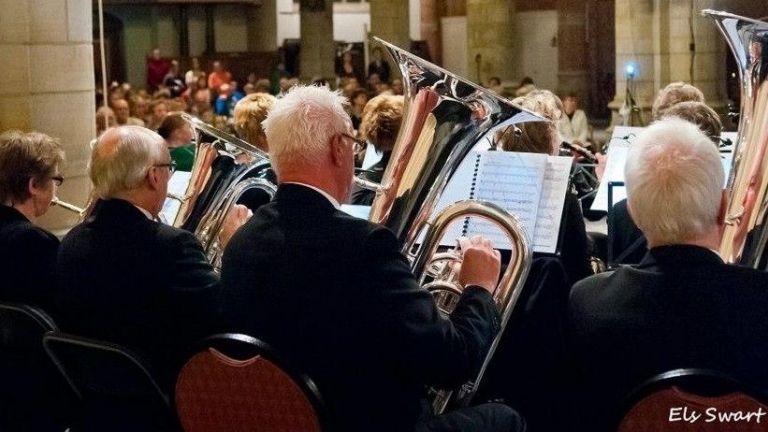 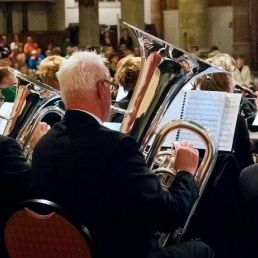 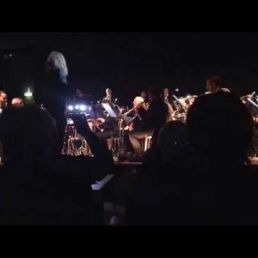 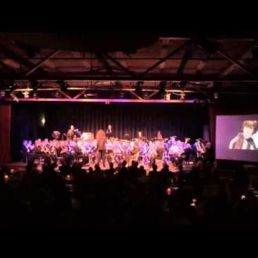 A power performance, that's this orchestra. With the line-up of a symphonic wind orchestra they literally blow you away. The orchestra brings a large repertoire to transform your party into an unforgettable experience, so book them now at ShowBird

During rehearsals, the pleasure of making music is just as important as hard work when rehearsing the repertoire. In addition, the sense of association is expressed by the members of the orchestra by participating in the organisation and/or being actively involved in association activities. During the KNFM competitions, the orchestra competes in the 4th division, but easily plays work that is classified higher.

The repertoire is versatile, with adaptations of classical music, film music, musicals, jazz music, pop (ulair) and modern repertoire. Traditional marches and original compositions for wind orchestra in all sorts of styles are not lacking either.

The orchestra has developed into a versatile concert orchestra that performs very regularly, usually within the region. Occasionally the orchestra is invited to give a concert outside Zeeland, for example in France, Belgium and in the past England.

A regular performance is the New Year's Concert, which is held annually on the second Saturday of January. They work and play together with various musicians and artists. In recent years, guests have included pianist Rien Balkenende, the steel band of the Marine Band of the Royal Netherlands Navy, singer Denise Jannah, klezmer orchestra Di Gojim, Margriet Eshuis and in 2018 Stenzel & Kivits.

Come and have a look and listen at the rehearsal evening: Tuesday evening from 20.00 - 22.15 hours in 't Zaaltje, Wildbaan 21 in Vlissingen.