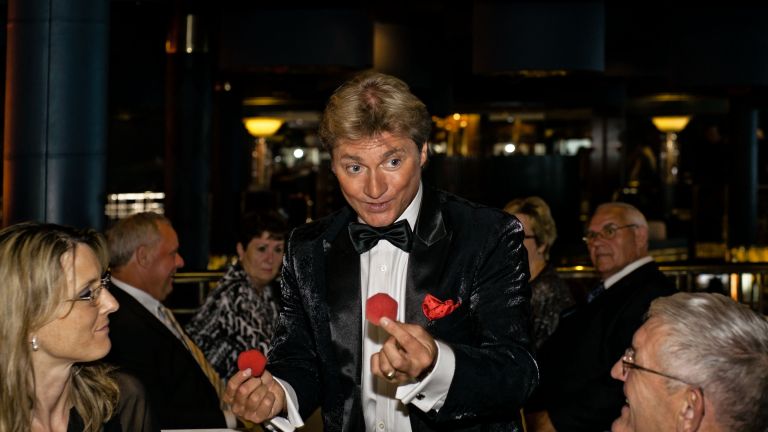 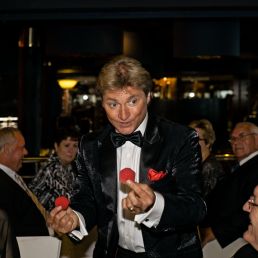 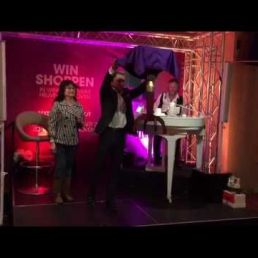 Table-Magic by magician Ronald Moray is amazement, wonder and optimal entertainment for your guests.

Ronald Moray will appear at your guests' tables as a table magician or walk around the location. During dinner, magician Ronald Moray keeps a close eye on where the guests are eating and where they are not, who then become his 'victim'. This prevents guests from being annoyed by the fact that he would come to 'disturb' during dinner. Because of his enormous experience and his charming performance, magician Ronald Moray knows how to adapt very well to your company and his presence is highly appreciated by everyone.

Whether it's with cards, money, balls of cigarettes, ropes or the (wedding) rings of your guests, Ronald Moray juggles inimitable ways and with a lot of humour. Also the cutlery should be kept in mind, in no time Ronald Moray 'melts' spoons and forks as known from Uri Geller. And let your guests pay special attention to their own possessions, because before you know it he also goes to work at the tables as a shrewd pickpocket.

Also magician Ronald Moray will make sure that after his performance there will be enough conversation with your guests! Ronald Moray knows how to entertain the audience like a real gentleman, so that even someone who did not like magic before, is now completely over!