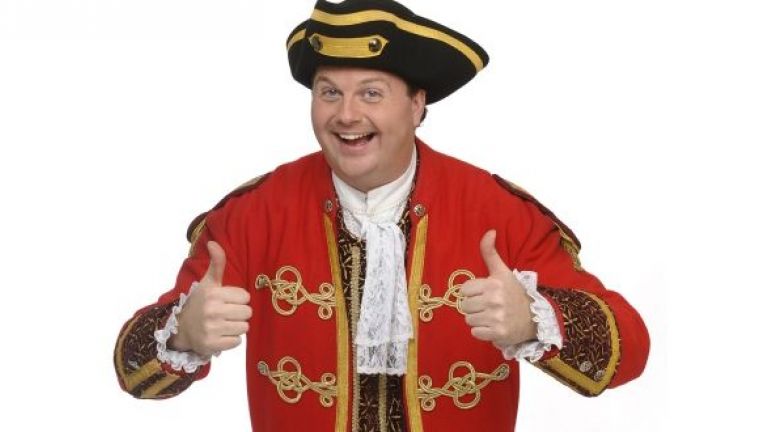 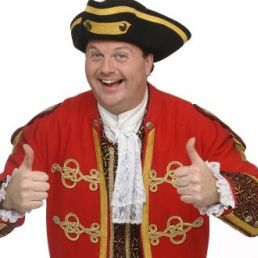 Aad Piraat is looking for a new crew for his ship "De Eendracht". He trains the children to become real pirates. They experience an exciting adventure, in which they play an active role.

Aad Pirate tells and sings about the dangers of the sea. About Captain Spetter, who smashed his ship on the rocks, but swam cheerfully back to his house. About pirate Pinkelien, a pirate of only one meter ten, who shot himself up to the sun and landed in China in a rain barrel. And also about Captain Kreel, who was attacked by two hundred sharks in the Bay of Biscay. He hit them two by two, it's really true, with their heads hard against each other. And in a quarter of an hour he was done with that again.

Aad Pirate proves that pirates possess magic. Magic spit, Captain Hook's coloring book, Pippi the Pirate Rabbit and an exciting sword fight with balloon swords. The pirate candidates also turn out to have pirate power, they conjure up magic with every trick. By casting spells, but a few pirates are even allowed to help on stage. Pirate songs and the pirate dance

Aad Pirate sings of his countless adventures. The children can effortlessly sing along to all the verses. In the pirate dance all feet go off the floor and the pirate candidates sing Lalalala Boemboemboem. All songs and the dance are on a nice CD.

With every booking you will receive a rider with all booking requirements.

The artist is residing in HeinenoordTravel expenses are based on your event location.