Kids show
The artist is residing in Heinenoord 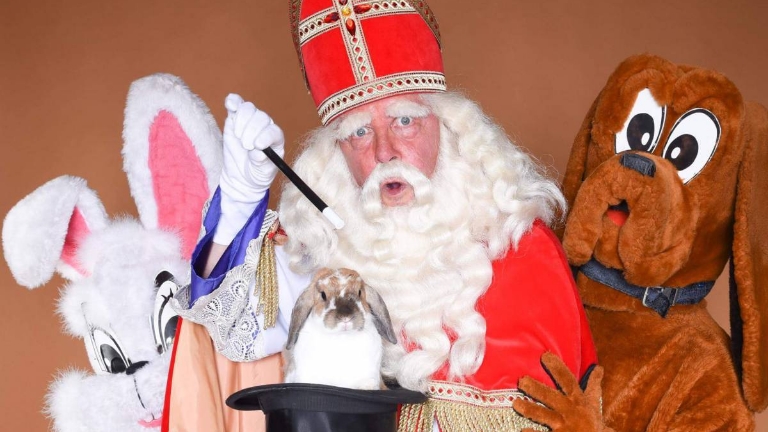 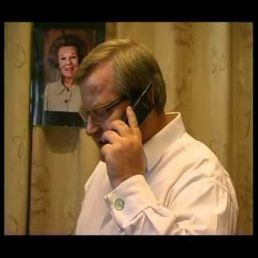 This year Upper Pete organizes a Surprise Party for Sinterklaas together with all the other pieten. When children's magician Winfried calls the steamboat of Sinterklaas to check if everything is in order for the St. Nicholas party from which the St. Nicholas is not allowed to know anything about, Upper Pete is a bit nervous. Did he manage all Pete's well? Have the balloons, garlands and presents been delivered?

The Petes have to wriggle themselves into all the bends to make sure that Sinterklaas doesn't notice anything. Trendy Pete and Upper Pete only have to pick up the cake at the baker's and bring it to the St. Nicholas party. When the cake is on its way to the Sinterklaas show it goes well wrong. Together with the fire brigade, bicycle salesman, motorcyclist, an old grandmother, all black Pete, Winfried and the children in the hall it will be a race against the clock

With balloons and magic, magician Winfried and the children will have to do their best and pull out all the stops to bring the Saint Party to a successful conclusion. As long as this ends well? How will they get the cake to the party on time? Is the Surprise Party going on? Is St. Nicholas coming?

During the Sinterklaas show there are a number of phone calls with the videophone. On the video screen the audience can see with whom presenter WINFRIED is on the phone and what is happening at that location. By means of these conversations the audience gets acquainted with the whole Pete Gang. And they experience an exciting Sinterklaas adventure! With chases, stunts and spectacle.

In the last 5 years that we play with such a production, Winfried & Angélique have noticed that the shows are a great success. Partly because of the exciting stories and the good actors, the children are completely in the adventure

Of course we're happy with the real Sinterklaas costume (the same as from TV) and the beautiful pieten costumes that are made especially for us!
You can also book the show without saint and pieten so you can bring your own saint to the party.

Hire or book Snuff and Wrinkle Sinterklaas show is best done here via Showbird.
The artist is residing in Heinenoord
See all acts of this artist