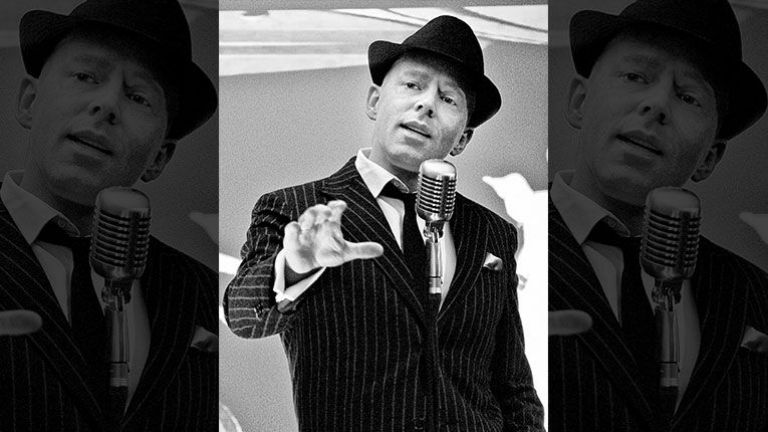 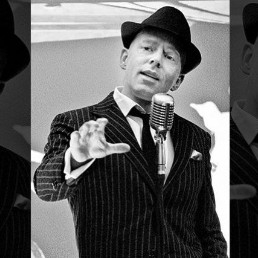 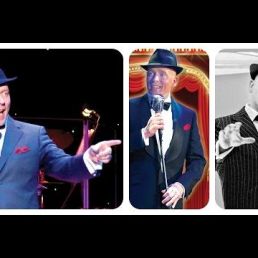 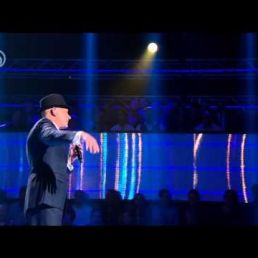 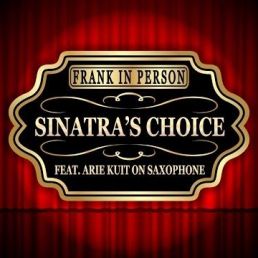 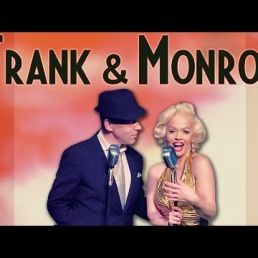 Experience the brilliant Frank Sinatra experience with Frank In Person... And no playback!
Frank In Person (F.I.P.) is the Dutch sensation! His warm voice and perfect timing are second to none! Frank (yes, his real name is Frank!) brings an impressive tribute to Frank Sinatra, including "the looks and the moves"

When you hear and see Frank singing, you'll be convinced that Ol' Blue Eyes is resurrected..

The Style..., The Voice..., he's BACK!
F.I.P. grew up in an artistic family and later worked as a DJ/producer and photographer. So doing something creative in the rest of his professional life was obvious. F.I.P. (1966) never thought of starting a singing career, although he knew he could sing. He started it at the end of 2004 and was immediately discovered by Erwin Sjoerdsma of AT Productions.

F.I.P. now performs at all kinds of parties and occasions. Together with his combo and big band The Skyline Orchestra, "Young Blue Eyes" pays a very striking and respectful tribute to Ol' Blue Eyes
Meanwhile Belgium, Germany, France, Italy, Curaçao, Bali, Thailand, Japan and recently China discovered him as well. F.I.P. is ready for the rest of the world

"Is he playbacking?" is a common question during and after performances. Logical, when you see the relaxed ease with which he revives the hits of The Voice... Cliff Stark, former trombonist of Sinatra in Las Vegas, recently said about F.I.P.: "This Dutch singer is amazing ! That's as close as anyone else I've heard!"

Frank In Person performed during the weddings of Armin van Buuren, Reinout Oerlemans and Jaap van Zweden but also on the birthday of Ivanka Trump. He can be heard regularly in various television and radio commercials, including those of TNT, Ruud de Wild and Edwin Evers. Frank In Person has also appeared on stage in various television shows, such as Idols (special-guest star at the opening of the live show), Dancing On Ice, 4Me, Barend & van Dorp and Catherine Keyl.

In this program Frank In Person works together with Arie Kuit: bandleader, arranger and saxophonist of The Skyline Orchestra. Arie was nominated for The Pall Mall Jazz Award and was the lead-alt saxophonist with The Glenn Miller Orchestra for 5 years. He accompanied artists like Rita Coolidge, Laura Fygi and Marco Borsato.

Frank & Monroe
Frank In Person and Memory Monroe bring a full evening show with all the big hits of Frank Sinatra and Marilyn Monroe. What seemed impossible has become reality! Experience an evening like never before with "The Voice" and "The Blonde Bombshell" and see how both come to life...

Start spreading the news... and give your event some class!

Book Frank in Person
Note: Price is indicative, Frank in Person can be booked solo, with tape or in combination with his band The Skyline Orchestra in different line-ups: 5 men (combo), 10 men (small big band) or 19 men (big band). Feel free to contact us for more information.

Hire or book Frank In Person is best done here via Showbird.