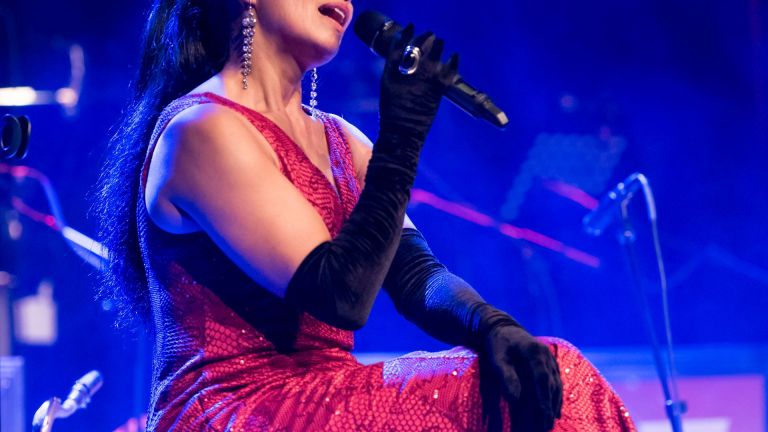 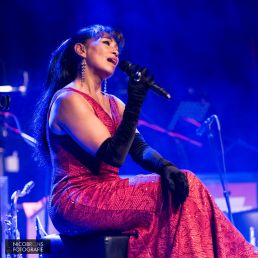 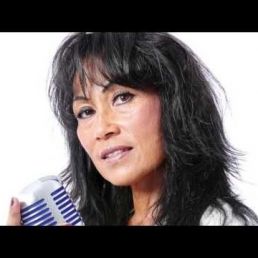 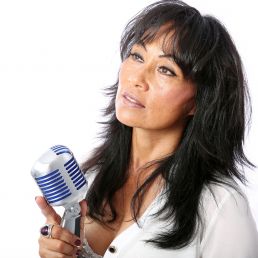 With her dark warm voice Rosanna sings Jazzy and Worldsongs.
Her repertoire consists of a.o;
Dinah Washingto; September in the Rain and If I were a bell
Shirley Bassey. Never, never, never and Something.....

Rosanna comes from a very musical family where singing and playing the guitar was the key. Her father was a great lover of jazz music and played it regularly. As a 16 year old she was asked by her brother-in-law to participate as a singer in the band 'The News'. She got the chance to tour the country and further develop herself, besides attending singing lessons and the music school.
In the 80's Rosanna was one of the singers of the band 'Lobo and the Pearls'. In 1981 they had a number one hit in the National Hit Parade and the BRT Top 30 with 'The Caribbean Disco Show', a medley of old hits by Harry Belafonte. In the United Kingdom the record reached the 8th place.

After this, Rosanna joined the Vocal Group Sisters, they were especially successful in the 90s. After a rest period of 11 years, this group is back in the limelight. Together with The Ramblers, the most famous dance and jazz orchestra the Netherlands has ever known, and this year celebrates its 90th anniversary, they celebrate this with a festive theatre tour through the Netherlands.

With Sonny's Inc, the biggest party band in the Netherlands, Rosanna is one of the backing vocals. For more than 24 years they perform at home and abroad. With a variety of music genres such as Latin, pop, soul, funk, R&B, jazzy and Dutch. But always recognizable! "Willem van Kooten (former discjockey Joost den Draaijer) says: "This is pure party music! You just have to be there!"

In 2003 she started her solo career and in 2006 she recorded her first album with Hans Vermeulen in Thailand. In between (1999-2005) she is active as one of Gerard Joling's regular backing vocals and sings in the group EVE with a.o. Marlayne Sahupala. René Froger and Lee Towers also regularly call on her.

Since 2015 she has a strong feeling of going more in the Jazzy direction. She now has several songs by Sade, Dinah Washington, Etta James and Sarah Vaughan on her repertoire. It is written on her body... Today Music Your Party Our Business

The artist is residing in KrommenieTravel expenses are based on your event location.

Hire or book It`s Jazzy me! Rosanna is best done here via Showbird.