Band , Coverband
The artist is residing in Zeist 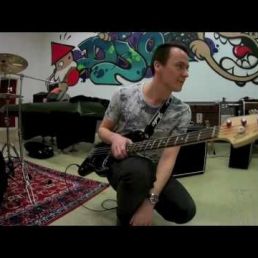 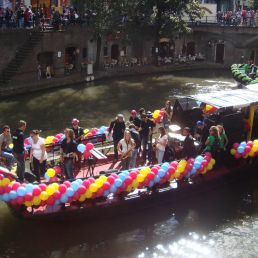 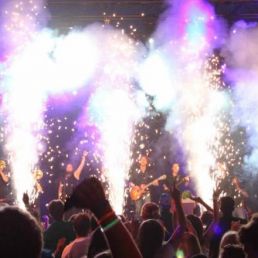 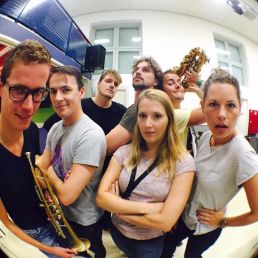 't Luchtorkest has already established its name on various leading stages and won several awards. She is the winner of the ''Clash of the Coverbands Regio West'', she has been elected UIT-band 2013, and she can call herself one of the nicest coverbands of Central Netherlands!

With over ten musicians, 't Luchtorkest guarantees a successful performance that the audience will continue to support for a long time. The band was formed in 2009 at the secondary school in Zeist. After they discovered each other's musical qualities in the school orchestra, they have further developed into a full cover band consisting of a singer/guitarist, singer, two trumpeters, two alto saxophonists, a trombonist, keyboard player, bass guitarist and drummer

The band performs regularly in the country with a repertoire varying from old, but big hits with a nice pop/rock layer and solid notes from the five horns to contemporary pop records, sing-alongs and party songs.

Big names like Ray Charles and Elvis Presley are mixed, compared and glorified with pop songs by Caro Emerald, Alain Clark and Waylon, and the party erupts with tight adaptations of famous party songs by Guus Meeuwis, the Lawineboys and Tina Turner, among others

Her 3 priorities are: making music that sounds especially good, putting down a strong horn section with excellent solos and creating an atmosphere that gives you a kick!

Mark Ronson
Uptown Funk
Do you have a question or wish regarding the repertoire? Mention it in your request.

Hire or book Coverband 't Luchtorkest is best done here via Showbird.
This act is suitable for event types:
Wedding Birthday Celebration / Jubileum Student party Sports event Business party Fair / Congres Opening Horeca line-up Festival Shopping / Market Holiday / Local feast
You have 1-on-1 contact with the artist
or his/her personal manager.
Do you have a question about this act?
Pose it in your request for the artist.

The artist is residing in Zeist