Band , Jazz
(1 review)
The artist is residing in Maastricht 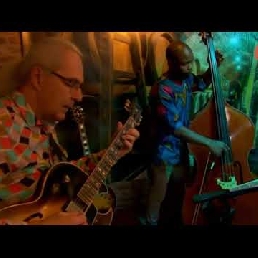 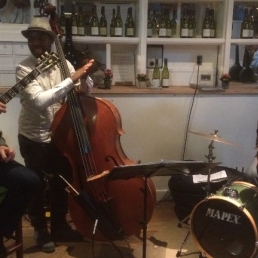 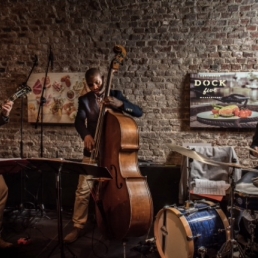 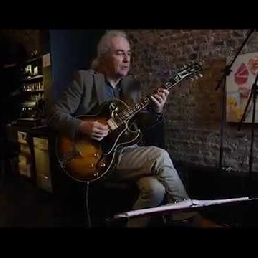 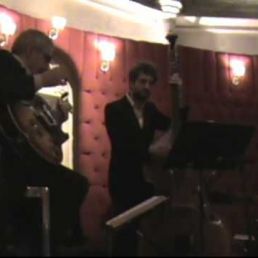 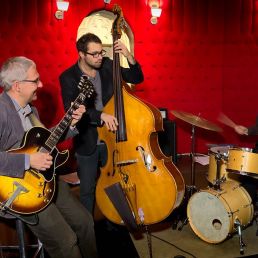 Joep van Leeuwen plays in line-ups varying from solo jazz guitar to big band. In addition, he explores musical border traffic in jazz cross over line-ups such as church organ, string quartets and Gregorian music. Based in Maastricht, he plays on stages in the Netherlands, Belgium, Germany, France, Switzerland, the USA and efestivals such as (3 times at the) Montreux Jazz Festival, Jazz à Liège, Jazz Mecca, Music Nights and Moulin de Broukay.

Joep van Leeuwen plays melodic modern jazz, varying smoothly from acoustic guitar to amplified guitar and synthesizer guitar. His style is modest but intensive. He has an almost genetic aversion to superficiality. The roots of Bebop and Hardbop can be heard with an undertone of Cool Jazz, however, without being cold!

1996 - 2001 Head of the Jazz Department at the Maastricht Academy of Music
1998 - 2007 Head of Masters Conservatories Maastricht & Tilburg
1992 - 1997 member of the European Board International Association of Jazz Educators (IAJE)
1993 - 1997 European Co-ordinator IAJE
1987 - 1998 Board member of Stichting Limburg geImproviseerde Muziek (SLIM) and advisor World Music Competition in Kerkrade
Author
Joep van Leeuwen publishes many in-depth articles on jazz that are especially appreciated for the accessible way in which complex jazz matters are made accessible to a general public. In addition, in collaboration with the University, he researched the way in which conservatoires conduct their final exam assessments.

Joep and his team were in one word: WONDERFUL! They were extremely flexible (it was a gig in Zoom), very well prepared and the people loved it. Besides the flexibility and quality of the music they were also very professional and friendly. Highly recommended for any event!

Hire or book Joep van Leeuwen International Jazz Trio is best done here via Showbird.
This act is suitable for event types:
Wedding Birthday Celebration / Jubileum Student party Sports event Funeral Business party Reception Fair / Congres Opening Horeca line-up Festival Shopping / Market Holiday / Local feast
You have 1-on-1 contact with the artist
or his/her personal manager.
Do you have a question about this act?
Pose it in your request for the artist.

The artist is residing in Maastricht