Band , Jazz
The artist is residing in Amsterdam 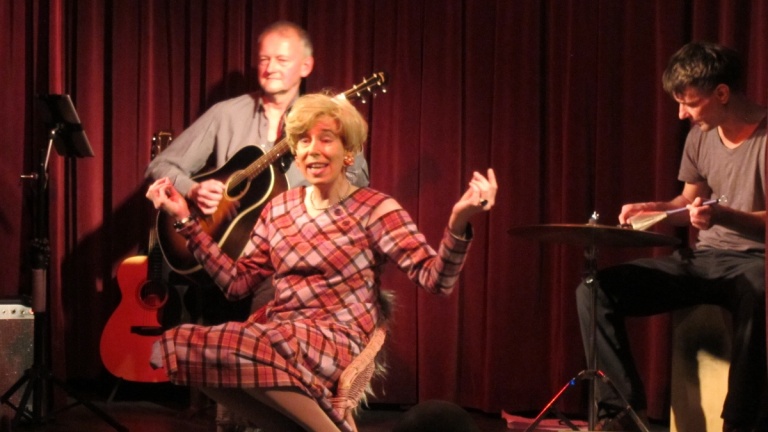 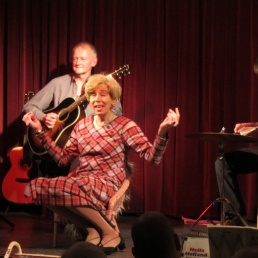 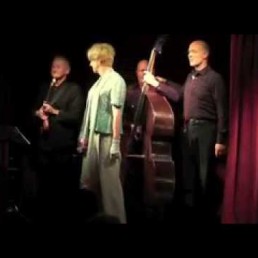 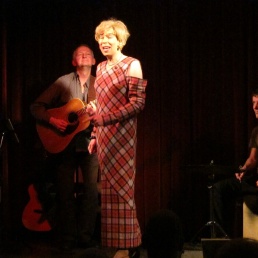 Hella Holland = musical transvestism cabaret in the tradition of Ella Fitzgerald and Van Kooten and De Bie. A vocal jazz concert, with wild pop outings and literary pretensions. This female role of Ron Mesland was created under the direction of none other than Hetty Blok. Hella and her combo are conservatory-trained. Everything is preferably played and sung unamplified

Hella Holland, vulnerable jazz diva of indefinite age, likes to force an intimate atmosphere. She sings jazz and pop songs in her own Dutch-language arrangement in a virtuoso way. At the piano she recites poems or chats with accompanists and audience about everything that concerns her.
The repertoire includes evergreens, immortal as Hella herself. From Peggy Lee to Verdi, from Abba to The Who, in addition to a lot of her own work.
Anyone who hires her will quickly realise that Hella is not about vain and small feelings, but about art. Maybe that's why the Holland Festival is named after her.

Hella Holland guarantees a relaxed, hilarious and special cabaret concert.
Favourite line-up: Hella with accompanist Steef Vellinga on guitar, complemented by double bass. But there are many more possibilities.

Pearl Bailey
It Ain't Necessarily So

The Andrews Sisters with Orchestra
Tico Tico
Do you have a question or wish regarding the repertoire? Mention it in your request.

Hire or book Hella Holland is best done here via Showbird.
This act is suitable for event types:
Wedding Birthday Celebration / Jubileum Student party Funeral Business party Reception Festival Holiday / Local feast
You have 1-on-1 contact with the artist
or his/her personal manager.
Do you have a question about this act?
Pose it in your request for the artist.