Presenter
The artist is residing in Mijdrecht 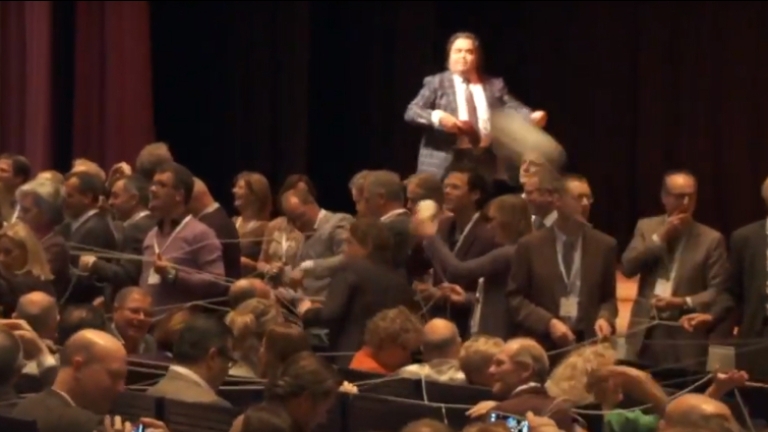 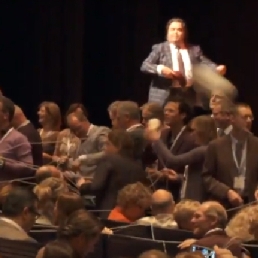 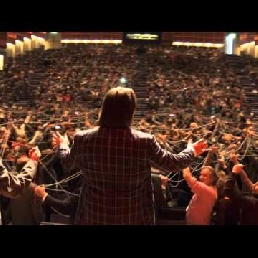 After a short 'lecture' on how networks work, we build a visual network of wires. Just as long as all attendees are conected. A beautiful metaphorical opening or closing of your event.

We live and work in an era in which networking plays an increasingly important role, it's about who you know instead of who you are. Mankind is plunging massively into social networking sites such as LinkedIn Twitter and Facebook. Working together, exchanging information, getting to know each other and connecting the internet plays an increasingly important role in this. In the story there is also a reference to the "Six degrees of separation" (literally "six levels of separation") This is a theory that states that everyone on our planet is connected to each other through a network of six levels. Through a network, with up to five intermediaries, everyone on our planet is connected to each other. This hypothesis was first put forward by the Hungarian writer Karinthy Frigyes.

This presentation can be nicely combined with the WOL Act by Hans as well. Hans starts by making a first contact in the room and connects this person via the WOL wire to another person in the room, who in turn will be connected etc etc.. When about 6 people in "the network" are connected, the music starts and the balls of wool come from different angles in the hall to the people in the hall, they throw them further and the wool wires form an ever closer network after about 6 minutes everyone is connected and we can show the created network above the heads. This is led forward above the heads of the guests and so the network ends on stage.

Sincere interest in everything that has to do with your company, product or service, that is one of the most important qualities of presenter Hans van Veen. As a much sought-after presenter for events, congresses, party evenings and trade fairs, he always thoroughly immerses himself in the client and his or her field of expertise. In addition to thorough preparation, Hans has a healthy dose of humour and improvisation skills

Hire or book Knitting the Net is best done here via Showbird.
This act is suitable for event types:
Student party Sports event Business party Fair / Congres Opening Festival Shopping / Market Holiday / Local feast
You have 1-on-1 contact with the artist
or his/her personal manager.
Do you have a question about this act?
Pose it in your request for the artist.