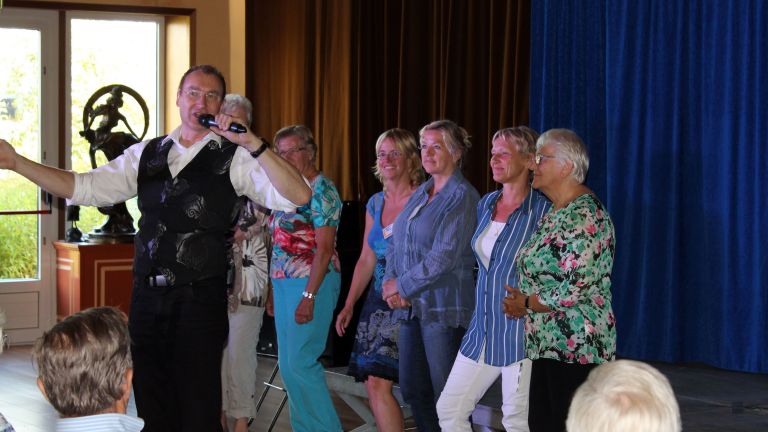 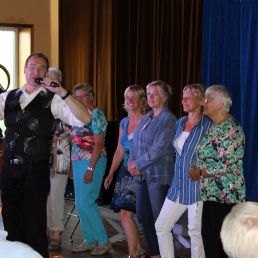 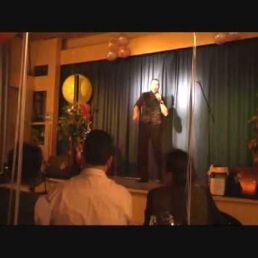 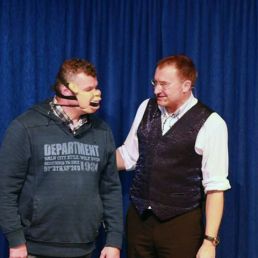 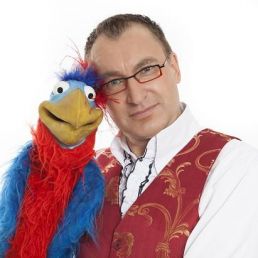 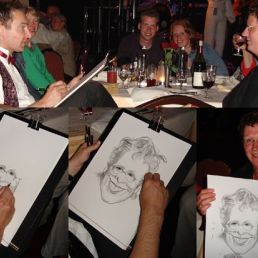 Combination performance with table magic, central act with ventriloquism and then caricature drawing.

Michel's versatility makes it attractive to use him at weddings, family parties, staff parties, etc.
At these kind of parties Michel usually starts with some juggling along the tables, and involves the guests directly in the tricks.
Then Michel does a general act with some songs, magic and ventriloquism, where one of the guests, or for example the groom acts as a ventriloquist!
Guaranteed a top moment of the party.
Afterwards there is the possibility to draw some caricatures.

Multiple forms of entertainment at an all-inclusive price.

Michel knows perfectly how to play in all age groups and has proven himself an entertainer for more than 25 years, who knows how to perform every time!

Michel has its own sound system if desired.

See you at your party!


See all acts of this artist