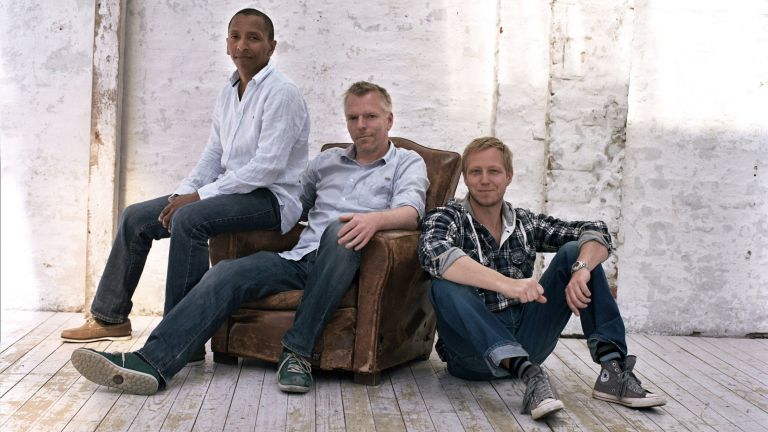 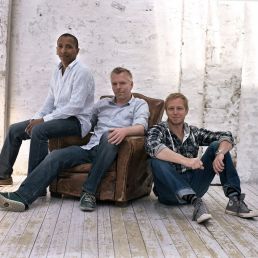 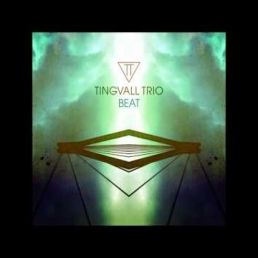 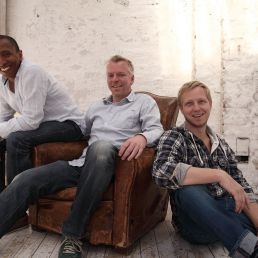 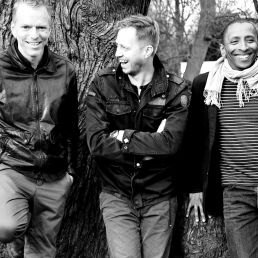 Martin Tingvall characterizes his sound as a mixture of Jazz, Rock, Folk, Lounge and Classical music, as “Scandinavian Jazz with Cuban sounds and a little Rock’n’Roll attitude”. Striking is his skill to create melodies with only a few notes, decompose their form and time, break them and recompose them. A lyricist, who will go his way, who has found his soulmates in Spiegel and Calvo who play this symbiosis of free Jazz, Rock´n Roll and Folk so easily.

The Tingvall Trio appeals to a young audience, too, who appreciates interesting sounding jazz as well as driving rock rhythms. They were discovered in the authentic music club “Bucanero Bar”, in which the ##### football fan and the Jazz music enthusiast listen to the sound of tomorrow while drinking their bottled beer. Laid back, curious and always with a hint of humour.

The trio has meanwhile outgrown the St. Pauli club scene. It received acclaim at the Jazz Festival in Stockholm and played its breakthrough concert at the Hamburg Jazzfestival 2006, then went on to wow the crowds at trendsetting events like the festival in Aalen. A 180-gram vinyl pressing had to be produced especially for the Japanese market. The LP came out as a limited edition and has already achieved collector status. The CD debut was released worldwide, remarkable for a first album. Fans in England and Italy value the band’s sound just as much as music-lovers in Asia. A portrait of the band was produced and featured on American TV.

The Tingvall Trio has emerged to a leading European piano trio. Similar to Esbjörn Svensson Trio is the principal according to which nobody is replaceable that creates the extraordinary band sound. But unlike the electronic-minded E.S.T., it is the song-orientated repertoire that makes the acoustic sound of Tingvall Trio so amazing. It is this tangibility which became Tingvall Trio’s trademark and which opened up new groups of listeners far beyond jazz.

The grown sound of the Tingvall Trio is shaped by Martin Tingvall´s new compositions. On their new album “Vattensaga” (in English: “fairy tales of water”) the Swede developed thirteen pearls of music together with his combatants from Hamburg. The album was recorded in the great sound engineer Stefano Amerio´s studio “ARTE SUONO” who made a positive appearance by his transparent ECM productions. Jürgen Spiegel´s playing has become more delicate and versatile and makes him an independent story-teller in the trio, Omar Rodriguez Calvo promenades between earthy double bass sound and delicate, whale song imitating bowing-passages (“Valsang”) and it is obvious that Martin Tingvall now has a massive grand piano by Fazioli as his partner, because now his playing is powerful and, if necessary, saving like never before. The Tingvall Trio has grown up.

The almost cinematic compositions are determined by stories about the most important base element water and its power, its magic (composer Martin Tingvall lives in the South of Sweden intermittently) and its animals. This autumn, these and others compositions were not only played on great jazz festivals in Leverkusen, Berlin or Moscow, but also on a lot of gigs in Oslo, Hamburg and even San Javier in Spain.

Press Comments:
Stern [PRINT]:: „Clear, pure colours: Vattensaga, the new Album of Tingvall Trio, is refreshing like a jump into cool, turquoise-coloured water.” (4 Stars)
#####: „Great Drive – The Swedish pianist Martin Tingvall and his Tingvall Trio belong to the followers of Esbjörn Svensson Trio. Like his deceased fellow-countryman Svensson, Tingvall orients himself towards Nordic folklore. But unlike E.S.T., Tingvall-Trio is an exclusively acoustic trio.”
Kultur News [Main Edition]: “[…] Water is the connective moment in Vattensaga of Swede Martin Tingvall who is a factor front and center within his genre. More unpretentious than Esbjörn Svensson at that time, more proactive than Rusconi, looking back without being precocious, looking forward without endearing himself to the non-durable. Tingvall and his companion Omar Rodriguez Calvo and Jürgen Spiegel are in the meantime connected by a mellowness which let even the most dramatic moments appear fleet-footed. […] as a matter of fact an elementary listening experience.”
Story in JazzThetik (3 pages): “…a brimming emotionality of melodies which sticks in your head and directly satisfies…” – Review: “The Trio acts powerful as usual, the sound seems to be even more consolidated and even better attuned – 4 stars.”
Concerto: “More powerful than ever, they use the tension between quietly lost in thought and bulky grooving and thus are no longer dwarfed by their idol.”
Brigitte: “Flowing and abysmal is what Tingvall is doing. Even if this not might be his intention: He is indeed Esbjoern’s worthy successor.”
Penthouse: „Skagerrak, Norr and now Vattensaga are enough to turn the acoustic Tingvall Trio about Swede Martin Tingvall to the leading Trio of Nordic jazz. Filigree, powerful, earthy, elegiac, melodic, unleashed – grandiose!” ·

#####: Who thought Jazz as an intellectual affection is now disabused by the Tingvall Trio. With catchy melodies and exuberant improvisations, the Swedish pianist, giver of the name and composer Martin Tingvall, drummer Jürgen Spiegel and bassist Omar Rodriguez Calvo elate not only jazz fans, but also fans of popular music who appreciate the producing of this band. Martin Tingvall is not surprised, because he is approximating jazz from just this genre.
FonoForum: „…catchy pieces… the Trio plays with the energy of rock and pop.”