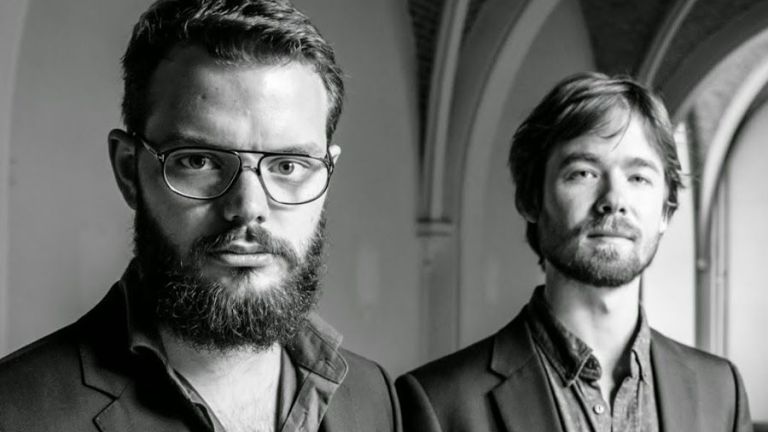 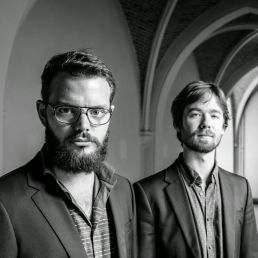 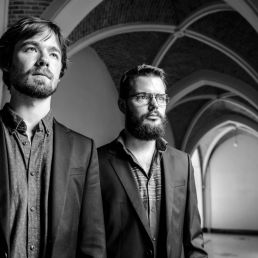 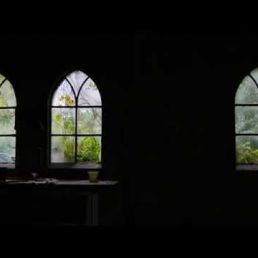 Strootman / Stadhouders is the new collaboration between one of Europe's most emerging improvisers Bram Stadhouders and pioneering new-music guitarist Aart Strootman.

When both musicians were teenagers, they saw each others stylistic opposite performances with humble curiousity. While Stadhouders was developing as a jazz guitarist, Strootman was exploring the most contemporary notes for the classical guitar. 10 years later the duo realized that a book should never be judged by its cover and so the duo agreed to leave the comfort zone of their genres. Endless hours of improvisation, co-composing, sharing music and thoughts shaped the cooperation into an incomparable duo.
The music hoovers somewhere between improvisation, minimal music and composed classical guitar repertoire (while non of the notes are scored). On the spot every sound is created, interaction is the key.
On a sunny summer day in the south of Holland, Strootman / Stadhouders gathered in a beautiful abandoned monastery to record their first cd ‚monasteria'. Surrounded by birds, silence and the memory of the religious place, the notorious acoustics suited the sounds seemlessly. A stunning recording is the result: music played on two classical guitars by two of the most interesting guitar talents of the Netherlands in a divine sounding chapel - silence is golden.