Orchestra
The artist is residing in Arnhem 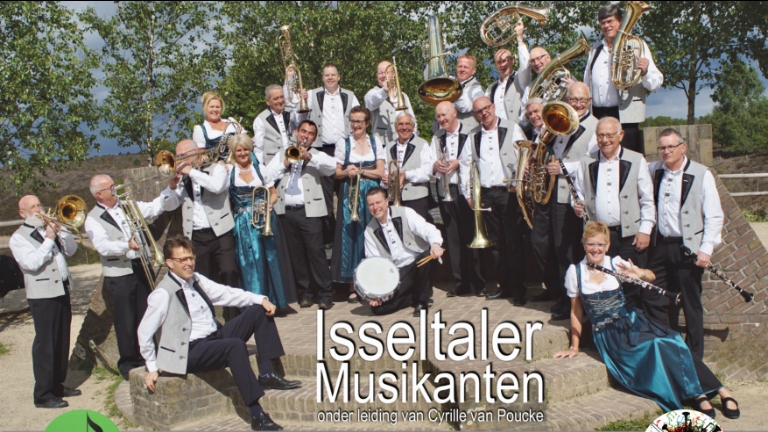 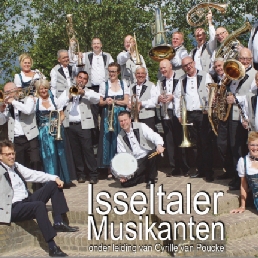 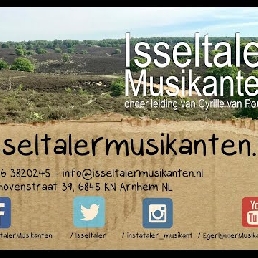 The Isseltaler Musicians specialise in Böhmische Egerländer wind music, but come from the Gelderlander IJssel valley and are based in Rheden. The Egerland music is originally folk music from the Egerland, a region in northwest Bohemia (today in the Czech Republic around the town of Cheb (German: Eger) and the river Eger (Czech: Ohře). The city and the river are both called Eger in German

The music style is based on Bohemian folk music. Bohemia is the western and central part of the Czech Republic that has a diverse landscape, from sloping to mountainous and wooded. An important aspect of this spread and mixing of cultures is of course the musical life. Even before 1800, the excellent musical qualities of the Bohemia people were praised by adventurous European travellers. The Isseltaler Musicians know an East-Central European style of music. Bohemia has traditionally had many German influences. These great composers have made frequent use of the specific indigenous folk melodies.

Characteristic for the Böhmic style is the somewhat "quieter" playing style compared to the Moravian style, which manifests itself with a polka in a generally slower and more convivial playing pace. The character is calm and carried, sometimes even stately. Cyrille van Poucke (1962) studied trumpet at the Conservatory of Amsterdam in the Netherlands with Klaas Kos from 1981 to 1988. During his studies he distinguished himself by performing with both the Dutch National Youth Orchestra and the Schlesswig Holstein Musik Festival Orchestra with conductors Leonard Bernstein, Sergiu Celibidache and Georg Solti. Since 1987 Cyrille has been the first trumpet player in the Dutch radio orchestras, first in the Radio Symphony Orchestra and since 2005 in the Radio Chamber Philharmonic. Van Poucke also performed with important orchestras in Germany (Münchner Philharmoniker and the Berlin Symphony Orchestra), in Belgium (Royal Philharmonic Orchestra Flanders) and in Spain (Orquestra de Cadaqués). He has been trumpeter in the Holland Festival at the premiere of "Orchester Finalists" by K.H. Stockhausen, the Schlesswig Holstein Musik Festival, the Hong Kong music festival and the Salzburger Festspiele.

Van Poucke played chamber music with the Amsterdam Bach Soloists, the Netherlands Wind Ensemble, The Amsterdam Brass Quintet and The Combattimento Consort Amsterdam. Cyrille returns to Böhmische wind music with his conductorship with the Isseltaler Musicians. Cyrille's musical heart has been beating for Egerländer music since a young age.

Hire or book Isselaler Musicians is best done here via Showbird.
This act is suitable for event types:
Wedding Celebration / Jubileum Business party Fair / Congres
You have 1-on-1 contact with the artist
or his/her personal manager.
Do you have a question about this act?
Pose it in your request for the artist.

The artist is residing in Arnhem