Kids show
The artist is residing in Amstelveen 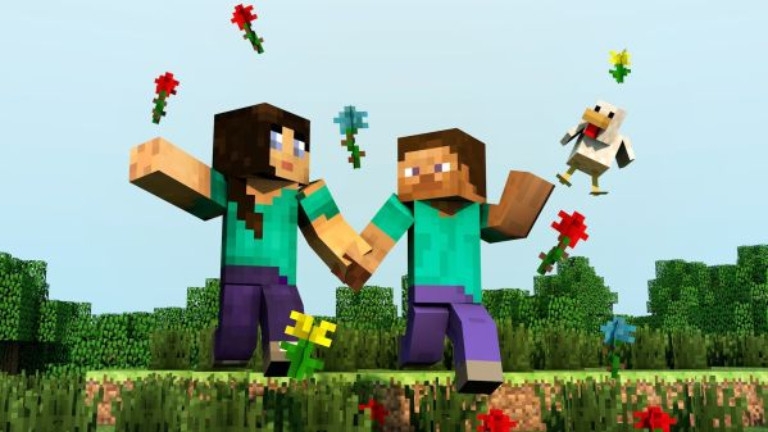 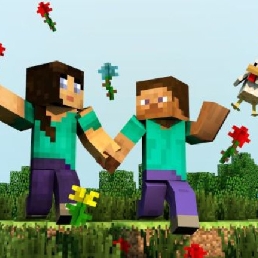 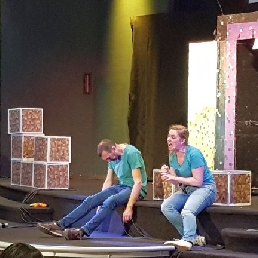 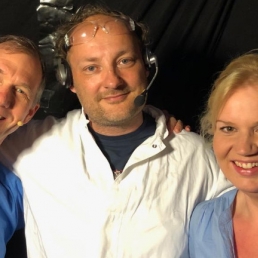 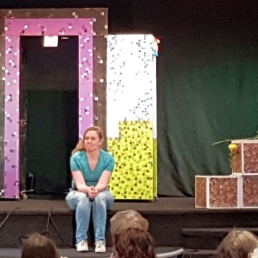 We can reasonably adapt the act to any s

The forbidden gate, is a funny but instructive play. It is set in a Minecraft setting. Minecraft is a computer game that is currently enormously popular among young people.

Great Researcher Dirk (G.O.D) built a machine in his laboratory, with which he created a virtual computer world. Attached to the machine is also a gateway, with which Dirk can travel back and forth to the computer-world from his laboratory. Aad and Eef live in the computer world. Dirk visits them regularly to show them new things he has made. Aad and Eef are very happy with their world. However, Dirk has told them that they are never allowed to go through the gate to his world, because the machine can't handle that and they will die. He is the only one who can travel back and forth.

One day however, Eef meets a special figure named Elektro Niek. He claims that Dirk has lied, and that they should go through the gate to his world. He manages to persuade Eef to go through the gate, and Eef in turn persuades Aad to go with her. The result is that the gate is destroyed and Aad and Eef are left very ill in their computer world. When Dirk finds out what happened, he has to come to the conclusion that there is only one way to fix everything. He will have to sacrifice himself for Aad and Eef.

The forbidden gate is a performance of about 50 minutes. Then it is a continuous play (a series of scenes) and some songs of its own, where especially the last song is a real sing-along. The audience is sucked into the performance and there is interaction with the audience.

Hire or book The forbidden gate is best done here via Showbird.
This act is suitable for event types:
Kids party Business party Festival Shopping / Market Holiday / Local feast
You have 1-on-1 contact with the artist
or his/her personal manager.
Do you have a question about this act?
Pose it in your request for the artist.

The artist is residing in Amstelveen