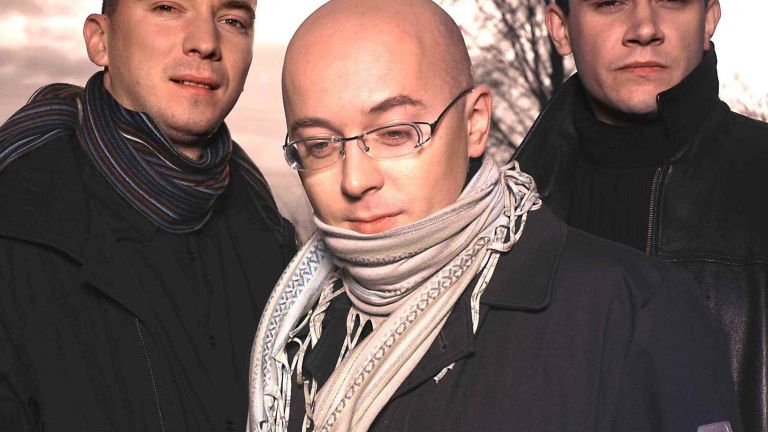 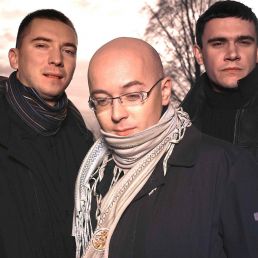 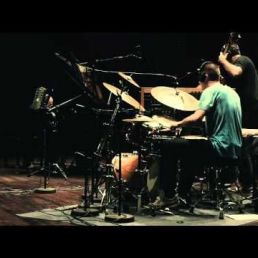 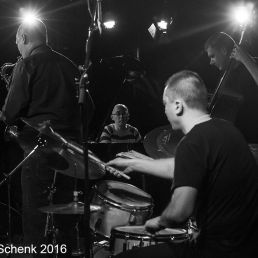 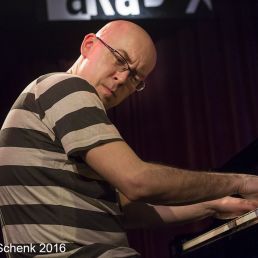 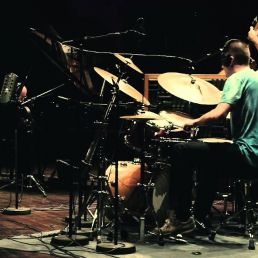 “January” is a strong musical statement from a still-young band with a long history already behind it, and an album with an exceptionally wide-ranging programme - all of it played with assurance, purpose and focus. The disc reconfirms that the trio of Marcin Wasilewski, Slawomir Kurkiewicz and Michal Miskiewicz is one of the most outstanding contemporary jazz groups. Their friend and mentor trumpeter Tomasz Stanko has said, “In the entire history of Polish jazz we’ve never had a band like this one.

They just keep getting better and better.” It was through Stanko’s ECM recording “Soul of Things”, recorded 2001, that the wider world first had a hint of the capacity of Wasilewski/Kurkiewicz/Miskiewicz. Since then, they’ve toured widely with Stanko and contributed mightily to his quartet recordings “Suspended Night”and “Lontano”, recorded in 2003 and 2005. As an autonomous force, the trio’s biography begins in 1990, when Wasilewski and Kurkiewicz as 15-year old students at the Koszalin High School of Music began playing jazz together. Their first trio was formed the following year. In 1993 drummer Miskiewicz joined them, and the group’s line-up has been stable ever since. As the Simple Acoustic Trio they won awards in their homeland and issued five albums on local labels. Their first international release, for ECM, entitled just “Trio” was recorded in 2004 and released the following year, immediately winning the Quarterly Prize of the German Record Critics. In the US, too, critics were taking notice. “Their years together have resulted in an ensemble with an utterly symbiotic creative flow,” wrote Don Heckman in the Los Angeles Times. The release of “January” - recorded in New York with producer Manfred Eicher early in 2007 - also signals a change of name. Henceforth the group is, simply, the MarcinWasilewski Trio. The group continues to be run as a collective of equals, but its members have come to accept the convention that piano trios are traditionally identified by their pianists. Besides, Marcin is the band’s principal songwriter: he contributes four pieces to the present disc, including the title track and the beautiful opener, “The First Touch”. Wasilewski also, at the urging of the producer, addresses pieces written by Gary Peacock and by Carla Bley - pieces identified with two major pianists, respectively Keith Jarrett and Paul Bley. Wasilewski does not flinch from the challenge but, with his trio partners, makes of this music something of his own.“Vignette” is a composition by Gary Peacock first heard on the album “Tales of Another”, the 1978 ECM recording which marked the coming together of the band later known as Jarrett’s “Standards” Trio. The Wasilewski Trio takes it at a statelier pace, and mines it for deeper emotions. A powerful performance, especially in the light of Marcin’s indebtedness to Jarrett as a player. Acknowledging the influence, he moves beyond it. Carla Bley’s composition “King Korn” meanwhile is a piece of early 60s vintage that surfaced on Paul Bley’s 1963 classic ”Footloose” recording with the great trio line-up including Steve Swallow and Pete La Roca. The Polish trio fly at it with invigorating energy and wonderful group interaction (the recording quality illuminating detail with a clarity impossible back in the days when Paul Bley was recording for Savoy), with especially exciting dialogues between Michal Miskiewicz and Wasilewski. “Balladyna”, a Tomasz Stanko tune, was title track of the Polish trumpeter’s ECM debut disc (with a rhythm section of Dave Holland and Edward Vesala), back in 1975, the year Wasilewski was born. The trio’s dark, swirling rubato performance has the stark drama and predatory lyricism associated Stanko; they’ve played the piece often in concert with the composer. On their 2004 ECM disc, the trio offered a luminous version of Björk’s “Hyperballad”. This season’s pop cover is Prince’s “Diamonds and Pearls”, the ballad from 1991 which gains a deal of mystery in this stripped-down interpretation in which bassist Kurkiewicz shares the melody with Wasilewski. The cinematic arts are never far away in Polish jazz; ever since 1958, when Komeda first collaborated with Polanski, the genres have influenced each other. Wasilewski’s “The Young and Cinema” references an identically-titled festival of new Polish films held in Koszalin. The trio also covers Ennio Morricone’s title theme for Giuseppe Tornatore’s 1988 film “Cinema Paradiso”, itself a celebration of film. The album closes with a trio improvisation, a free ballad made in the moment and specific to its time and place, “New York 2007”. As already demonstrated on Stanko’s “Lontano”, these are players extremely adept at creating songs in real ##### Wasilewski and Slawomir Kurkiewicz also appeared on Manu Katché's popular “Neighbourhood” and “Playground” albums.

Hire or book Marcin Wasilewski Trio (ECM) is best done here via Showbird.
This act is suitable for event types:
Wedding Birthday Celebration / Jubileum Student party Sports event Funeral Business party Reception Fair / Congres Opening Horeca line-up Festival Shopping / Market Holiday / Local feast
You have 1-on-1 contact with the artist
or his/her personal manager.
Do you have a question about this act?
Pose it in your request for the artist.